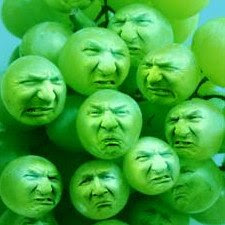 Now it's the KC's turn to be disappointed. Dog World today reports that the KC is not best pleased that, despite fielding four of its own candidates to sit on the new independent Dog Advisory Council, none of them was appointed.

And what's with this sour-grapes quote from KC Chairman Ronnie Irving (one of the KC applicants)?

Mr Irving said he did not doubt the first-rate academic qualifications of ‘most of those chosen... However we are concerned that some of those appointed have a past history of making what can only be regarded as anti-pedigree-dog noises."

I have no doubt that several on the new Council have expressed their serious concern about the state of pedigree dogs today, but this is not "anti-pedigree" (although the KC always thinks it is).

Ronnie Irving goes on to express his hope that "they will all be able to leave such positions behind and will be truly independent of their current and previous associations in order to ensure the best future for dogs."

There might be more disappointment for Ronnie to come. Dog World reports that "the KC is pleased that council chairman Professor Sheila Crispin believes the burning issues for the council to tackle are reportedly puppy farming and status dogs."

Now it is true that, up until now, Professor Crispin has put puppy farming and status dogs on the top of her list and I know that these are issues she is very keen that the Council tackles - but in an interview on Radio 4 earlier this week there appeared to be a shift in emphasis. After a discussion about how a univeral puppy contract would give consumers more protection when things go wrong, Professor Crispin was asked what else was high on her list of priorities. "Well obviously genetic and breed-related disease, exagggerated conformations, but also perhaps the hidden diseases, metabolic diseases that dogs may develop later on in life," she answered. "So genetic, inherited disease and then really everything else boils down to irresponsible breeding and irresponsible ownership."
Posted by Jemima Harrison at 22:06