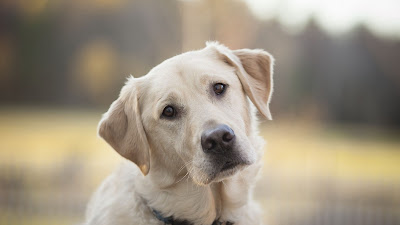 There has been a catastrophic decline in purebred dog longevity, according to the results of a long-awaited health survey released by the Kennel Club yesterday.

It has taken the KC over a year to report on its 2014 health survey - the largest ever survey of its kind - and a follow-up to its 2004 survey.  It makes for grim reading.


Across all the breeds, median longevity has dropped by 11 per cent in a decade. Kennel Club registered dogs now live on average to just 10 years old - down from 11yrs 3 months in 2004.

Some breeds have seen jaw-dropping decreases compared to the 2004 survey.

Dobermanns: down from 10yrs 6mths to 8 yrs today.

Border Terriers: down from 14yrs to 12yrs

Irish Wolfhounds: down from 7yrs to 6.5yrs

Rhodesian Ridgebacks: down from 11yrs to 9yrs.

Bulldogs: down from 6yrs 3mths to an even worse 6yrs.

I found a few breeds with modest increases: Flatcoats now live to 10yrs - 2 months longer than they did in 2004. Great Danes died at 6yrs 6mths in 2004 and now survive on average to 7yrs. The Old English Sheepdog now lives 3 months longer (11yrs as opposed to 10yrs 9mths). Bernese Mountain Dog longevity has stayed the same at 8.

But, at this rate, many Kennel Club breeds could be extinct in 100 years' time.

It is a disappointing that the KC chose not to mention this decline in the release accompanying the survey findings (see here).

Now don't get me wrong  -  it is genuinely great that the KC is doing these surveys; it just needs to be honest and not play down negative findings.

I remember how the KC maintained both in and after Pedigree Dogs Exposed that 90 per cent of KC registered dogs were "perfectly healthy" - despite its own survey (the 2004) one finding that almost 40 per cent of KC dogs suffered from one or more health issues.

Headline: more than 85% of KC registered dogs today do not make it to old age - and almost all die, or are put to sleep, because of disease.


(Trauma/accidents/behavioural issues account for only a tiny percentage of deaths reported.)

The new findings shouldn't be a huge surprise. Despite frequent claims by many that dogs are living longer today than ever before - it has been pretty obvious that an increasing number of breeds are tottering on the brink of viability. It does not, however, make the findings any less heartbreaking for everyone who loves dogs.

The reason for the decline? Closed gene pools... obsession with purity.. popular sires.. dogs being judged on looks not health... and the erroneous belief that breeders can health-test their way out of trouble.

When I talked to the KC about the survey in June 2014, though, they were at pains to point out that it would be backwards-compatible with the 2004 survey.

This is important because, as the KC itself said when the 2004 survey findings were released: "Data gathered from this survey will provide baseline information against which the success of future control schemes can be measured."

The KC has, in fact, withheld certain data that it feels is not statistically significant in the 2014 survey  - e.g. if fewer than 30 deaths have been reported in a breed; hence, rather disappointingly, why there is no median death data reported for many of the current breeds of concern: Pugs, French Bulldogs, Bostons, Dogue de Bordeaux and Neapolitan Mastiff. (Although, frankly, it is telling that so few owners/breeders of these breeds, who these days so often spout a commitment to health, contributed to such a well-publicised survey.)

The Kennel Club needs to encourage these breed clubs to run ongoing health surveys to monitor longevity in these breeds, as well as to find a way to encourage more people to contribute to their next survey (which will presumably be in 2024).

In the meantime, the current findings should be a call to arms. There are some breeds today that are little more than ghosts of what they were.

But I suspect we'll get the usual denial.. the deflecting blame on to vaccines, commercial dog food, puppy millers, vets or big pharma...

And all the while the dogs we purport to love so fiercely will continue to wither and wane. 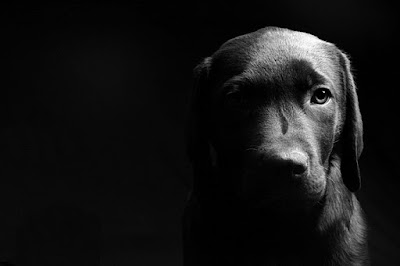 How did your breed do?

Compare to the 2004 survey results here.