Apparently oblivious to the welfare concerns of breeding an extreme brachycephalic dog utterly swamped by its coat, Wasabi the Peke won Best in Show at the 2019 AKC Nationals in Orlando - which took place last month but aired on Animal Planet last Wednesday.

Literally nothing makes the dog show world look more outdated, ridiculous and cruel than breeding and rewarding dogs like this.

Well not quite all.

Wasabi's grandfather is Malachy, who won the Westminster Dog Show in 2012.

Oh, and Wasabi's great-grandfather is Malachy, who won the Westminster Dog Show in 2012.

Ah, and Wasabi's great-great-grandfather is Malachy, who won the Westminster Dog Show in 2012.

Here's the pedigree, evidence that inbreeding is still considered perfectly acceptable in many parts of the show-world. 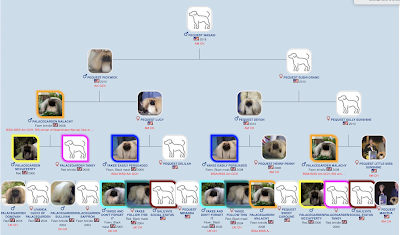 Wasabi's great-great-great grandfather is, in fact, Danny the Peke (Ch Yakee A Dangerous Liaison) who won Crufts in 2003 (and who, as we revealed in Pedigree Dogs Exposed, had been diagnosed with BOAS and had undergone surgery at Glasgow Vet School to alleviate his breathing problems before his BIS win). 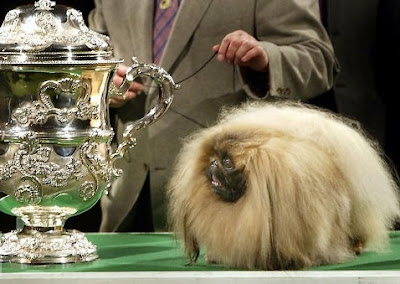 This is what lies beneath the coat of a champion peke - a skeleton deliberately deformed to ensure the breeding typical "rolling gait" enshrined in a breed standard written long ago. 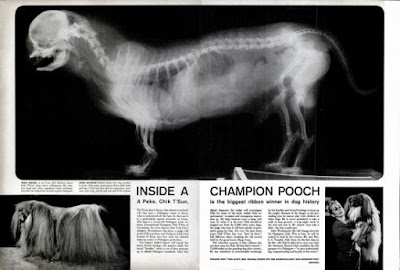 Now the Peke has always been compromised by its conformation, but at least they used to have moderate coats - a kindness in a breed that struggles to thermo-regulate because of its squished face.


There is literally no one anywhere in the whole world outside of the show-ring who thinks today's show Peke is an improvement on these dogs. No one.

It's particularly depressing to see the fawning coverage from journalists and broadcasters in the US. Have a look at this on Good Morning America as a cringing example.

There are so few people speaking up in the US about the morality of breeding dogs like this and until they do, it is not going to change. Although there is a glimmer of hope in the comments on the AKC's Facebook post about the win (please do hop over there to comment if you feel strongly about this issue) 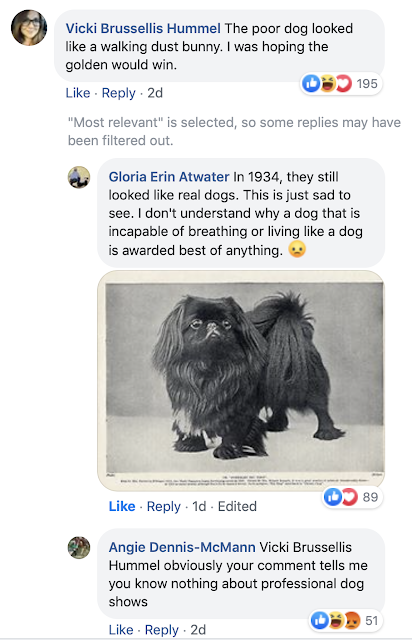 Barely-walking dust-bunny in fact. I have rarely seen a less animated dog than Wasabi. Perhaps hoping that if he keeps his head down, it will all go away.

EDIT 5/1/20: The AKC has now removed Vicki Brusellis Hummel's comment on its Facebook - likely because it had got so many likes that it was by default showing as the top comment.  They have deleted other 'negative' comments too although it's heartening to see that comments from those expressing concern/dismay still far outweigh the positive ones.