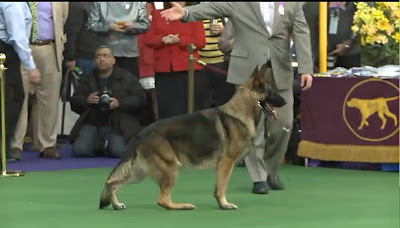 I wrote about German Shepherd Ch Kysarah's Pot of Gold in December (see here) - a blog that provoked a lot of opinion from all sides. Some thought, as I do, that the dog is a tragic indictment of what the show-ring has done to the German Shepherd. Others defended the dog saying I had used "bad" pictures of the dog. The owners, meanwhile, accused me of photoshopping the images.

I hadn't, of course, but will no doubt be accused of the same for showing these screen-grabs from the television coverage of the dog - pet name "Paddy" - at the Westminster Dog Show today. 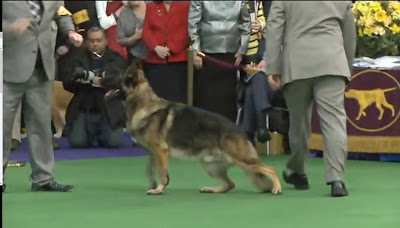 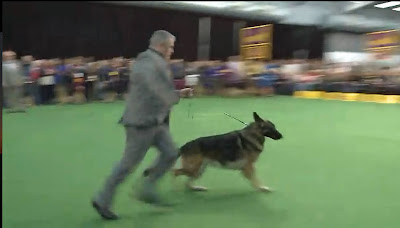 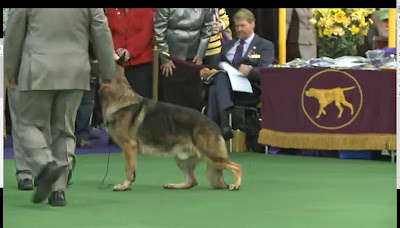 Paddy didn't win today. But he was given an Award of Merit - a kind of consolation prize awarded at the discretion of the judge.

Again, no dog should stand, walk or run on their metatarsals like this. Dogs are supposed to be digitigrade animals, not plantigrade. It is a functional fault. 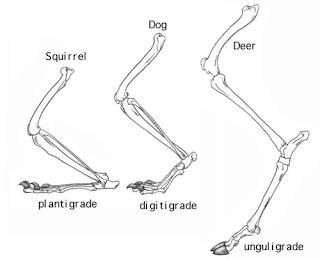 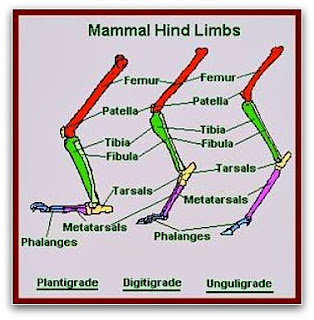 Posted by Jemima Harrison at 21:00