Olive was born in 2003 - bred by UK show breeder and judge Dawn Andow. Mrs Andow and her daughter Amanda Ellis breed Pugs (and Frenchies and Brittanys) under the Eastonite affix.  It was an Eastonite pug who sired  George the Pug, who featured in Pedigree Dogs Exposed.

When Olive was three years old, she was diagnosed with entropion, distichiasis (eyelashes that rub the eyes, often causing corneal ulcers) and pigmentary keratitis. To help her, Olive had a medial canthoplasty on both eyes. This corrected the entropion and reduced the size of the palpebral opening (essentially reducing the amount of eye showing - which helps protect the eye from further trauma).

The same year, Olive started to have paroxysmal seizures - no one knows what causes them, but they are a fairly common Pug problem. She has between 1-3 episodes a year.

Two years later, aged 5, Olive began to have problems with her spine due to disc issues.  She suffers from rear-end weakness that has worsened as she has aged.

In 2009, Olive was diagnosed with Grade 3 laryngeal collapse and had surgery to widen her nostrils, resect her soft palate and remove her everted laryngeal saccules.

As the heart-breaking video shows, although surgery helps a lot, BOAS is progressive.

Olive copes with her disabilities with considerable chutzpah... she remains a happy little girl and despite it all, still enjoys a reasonable quality of life. She shares her life with one-eyed Pug Ken - and is greatly loved by her owner, veterinary nurse Kate Price. 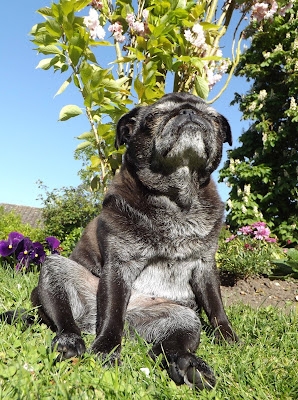 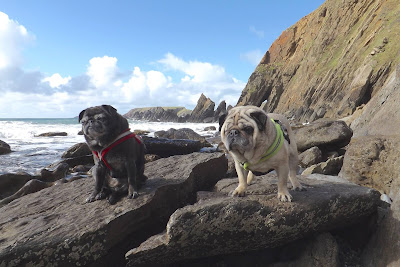 Posted by Jemima Harrison at 22:56