Here are the males - bitches to follow later. (Click to expand the pictures. Class and placing printed bottom right on every pic.)

On the plus-side, most of the Neos have wide open nostrils (which is more than can be said for the Dogues de Bordeaux - pix to follow) and they have gleaming coats.  And, no,  one can't expect miracles overnight. But I will continue highlighting this breed until the dogs born into it have a reasonable chance of a long, comfortable and unnecessarily-encumbered life.

I see UK Neo health rep Kim Slater on the new Exhibitor Choice + Voice Facebook site is arguing that it will be impossible to ever get tight eyes in the breed because the breed standard demands loose skin.

In other words, it wouldn't be a Neo without ectropion. And we're hearing much the same from the Clumber and Basset denialists, too. Depressing.

Also to come... why are SO many breeds now cutting or shaving off whiskers (or vibrissae as they are more correctly known) - especially, as is evident on some of these Neos, on muzzles that are already prone to soreness? 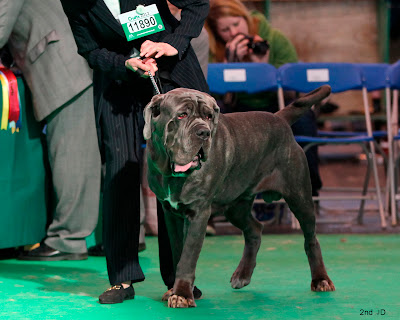 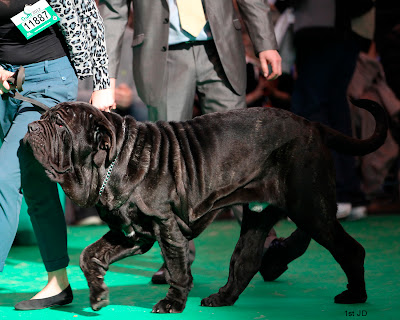 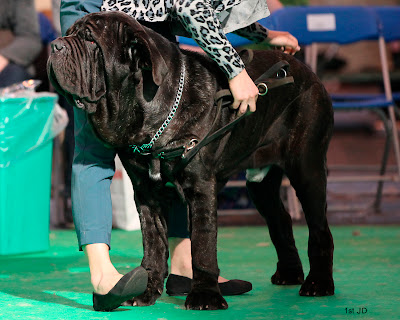 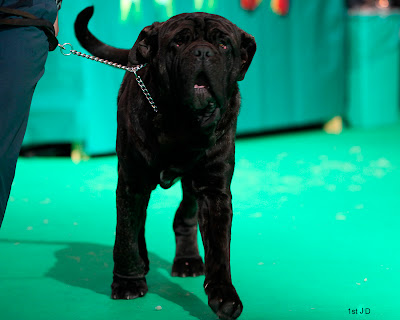 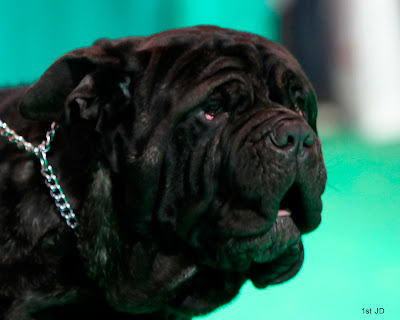 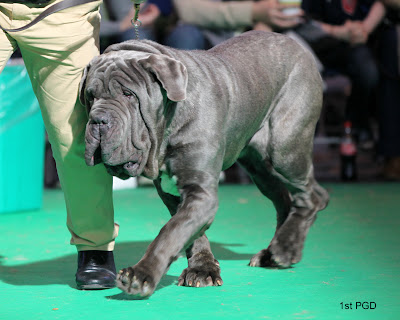 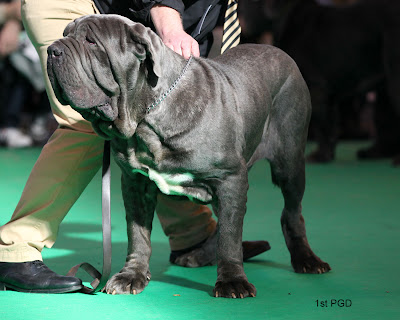 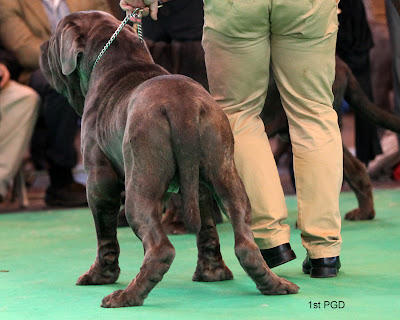 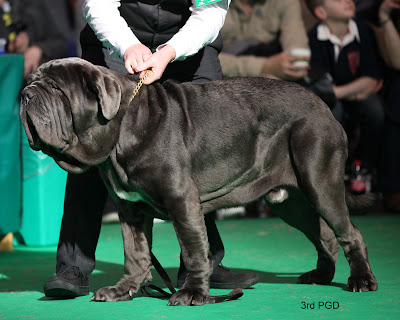 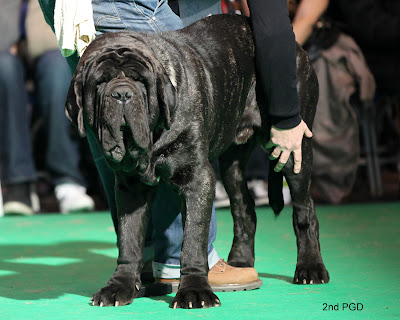 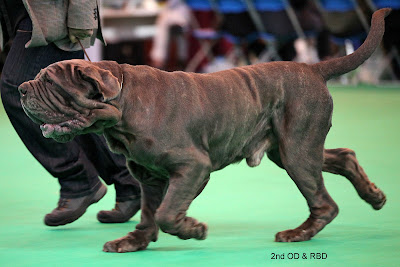 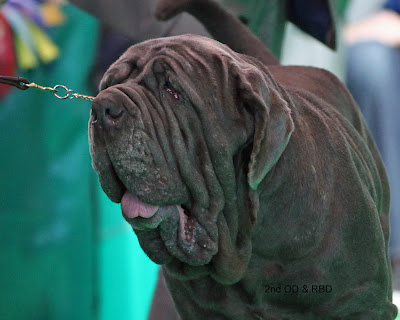 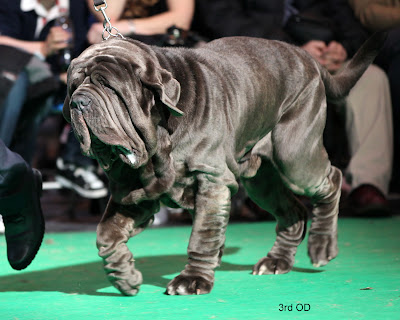 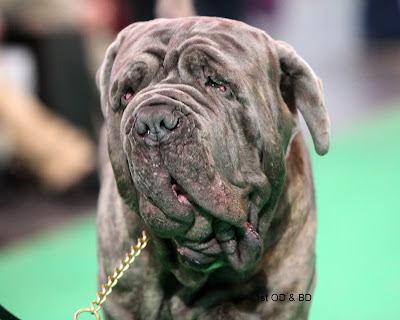 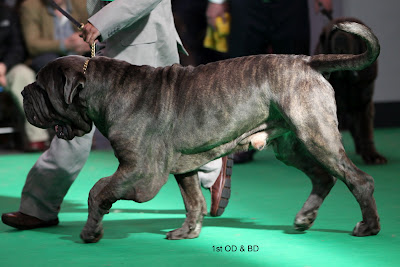 Posted by Jemima Harrison at 12:16