When I blogged two weeks ago re the Basset Hound Ch Buzzed Lightyear at Dereheath being disqualified at Crufts, it created a lively discussion in the comments - with a couple of contributions from a top American Basset breeder "outraged" by what had happened.

In the main, US Bassets are much less exaggerated than many of the dogs in the UK showring, so I googled to see what this breeder's Bassets were like and found she currently had a litter of pups on the ground with, well, frankly the worst eyes I had ever seen.  I posted a link. In my heart, I hoped the breeder would admit that the eyes were bad and say it was something she was worried about and trying to breed away from , but no. Her response was: "...the litter you have commented upon has probably the least chance of developing glaucoma of any dogs in the US due to a great deal of research, careful breeding and a lot of money spent. Frankly, if you give me a choice between eliminating glaucoma and a bit too much haw showing...well the answer should be clear to anyone I think. I've NEVER known of a Basset going blind from ectropia and/or a lot of haw but I could name way too many who have gone blind from glaucoma."

As several people commented, it should not be a case of either/or.   Anyway, the breeder has now taken her website down and I've had a few people wanting to see the pictures write in to say the link is no longer working.  Suspecting that the site might become unavailable in the wake of the criticism, I cached the pix at the time, so for those who want to know what we were talking about, here they are.

It makes me incredibly sad to see these pictures. Have we really lost our way so much that anyone can really think this is all right? 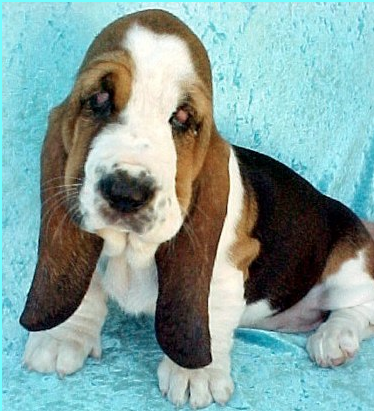 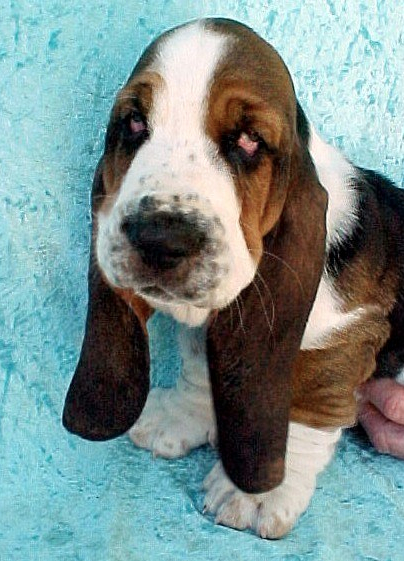 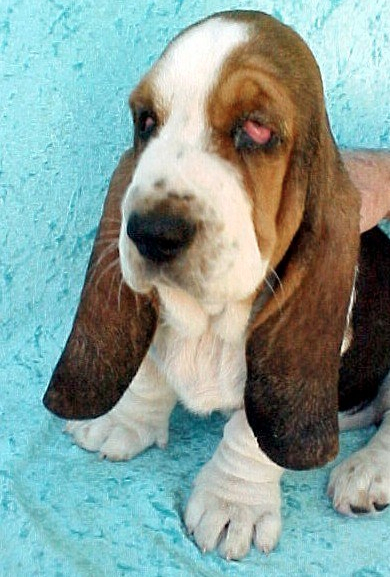 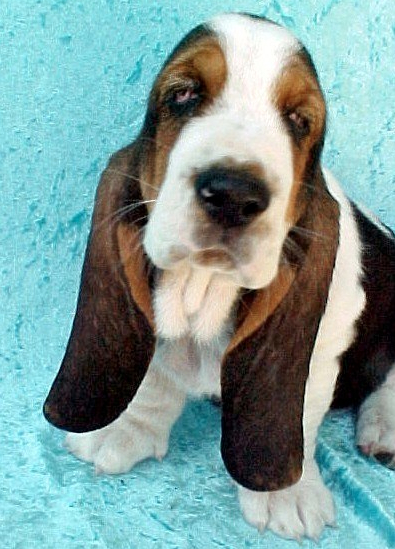 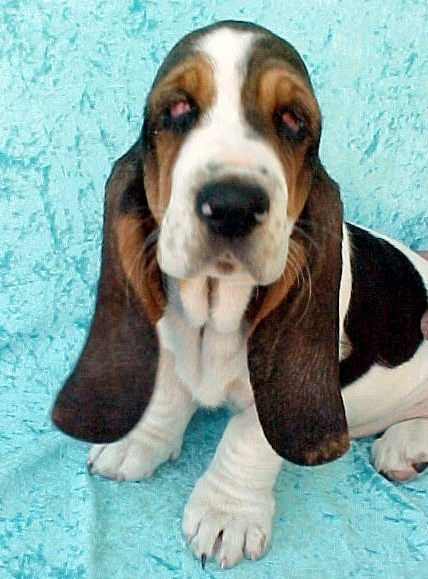 Posted by Jemima Harrison at 14:15