Isn't it just great when you discover that a top show breeder is willing to embrace genetic diversity?

There was I thinking that the breeder of the winner of the Crufts 2016 Toy Group would be a dyed-in-the-wool purist. But no! Here are just some of the ads placed by Peke breeder Bert Easdon and his partner Philip Martin, of the famous Yakee kennel, on the internet site Pets4Homes in the past two years. 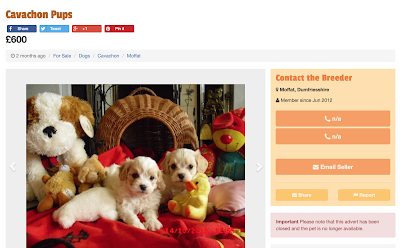 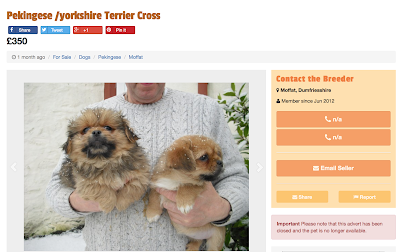 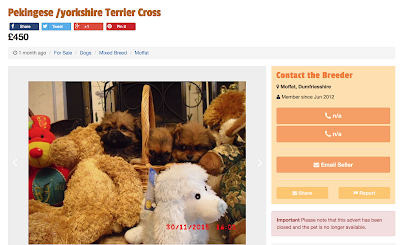 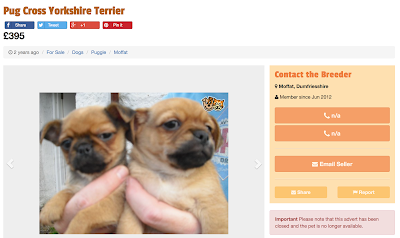 Of course, they breed purebred dogs too. Lots of 'em! 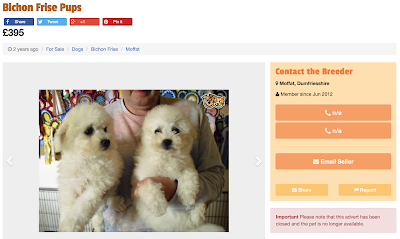 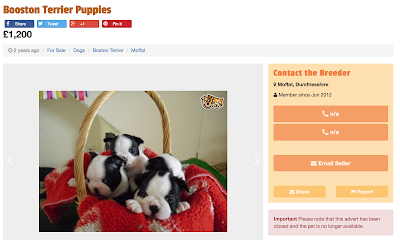 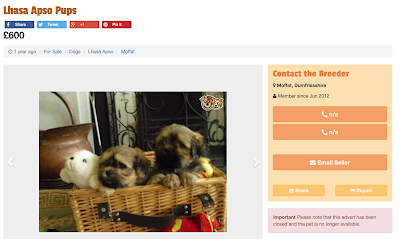 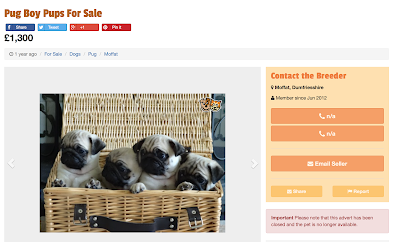 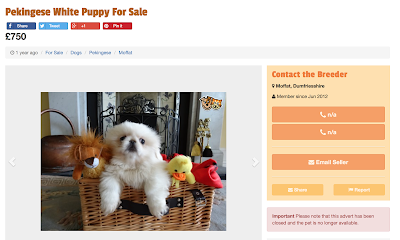 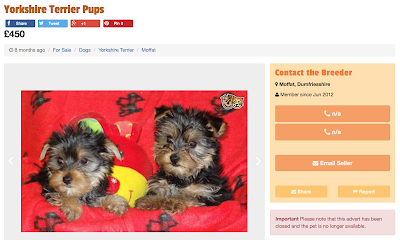 Given that their 70-acre country estate in Dumfriesshire, which they bought for £975,000 in 2002, is rather remote, they even kindly offer to save you the journey to collect your puppy.

How do I know it's them?  Well, helpfully, there's this...Same basket... same blanket.. same stuffed toys. Plus although the contact details have been removed from these ads because the pups have been sold, the name listed when the ads are live is Philip Martin, Bert's partner.

Now I'm genuinely pro-crossbreeding when it's done well. I have no inherent objection to people making money out of dogs as long as their dogs are carefully bred and well-raised/kept. Maybe, although they don't mention it, all their stock is fully health-tested. Maybe pimping your puppies in cutesy-pie wicker baskets surrounded by soft toys is just fair-enough marketing these days. And while I am not a fan of breeding kennels, maybe these ones are exemplary and all those dogs get to run about their 70 acres every day.

Last night, the TV coverage of Crufts on More4 had a repellent piece of pro-purebred propaganda which said it was a myth that crossbreeds were healthier and implied there was no reputable crossbreeding - singling out the Cavachon as one designer cross being flogged on the internet by people with no morals for loadsamoney. The item also blamed the rise in the popularity of the designer dog for a 70 per cent increase in imported puppy-farmed pups from eastern Europe. (The reality is that many if not most of those imports are purebred pups - French Bulldogs, Pugs etc)

Here's (some of) the offending footage (NB: may not be available in every country).

Posted by Jemima Harrison at 03:57