Guess what I saw at Crufts?! 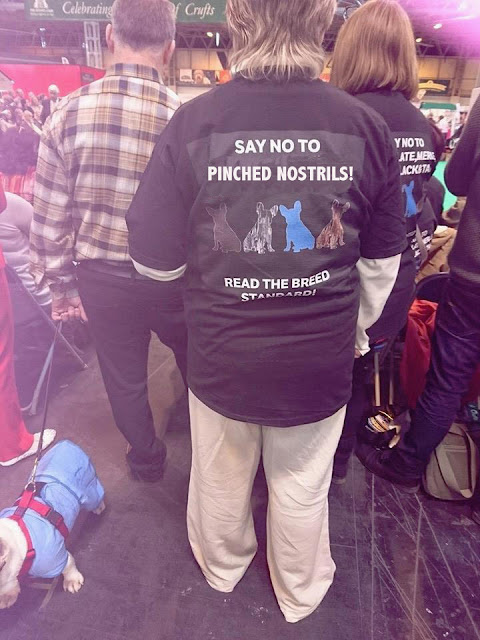 Well, I wish. What the T-shirt actually said was this. 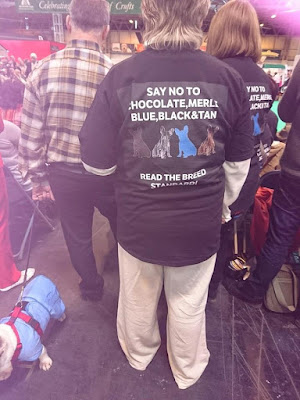 Most show Frenchies have terribly stenosed nostrils. It is a potentially life-threatening fault and yet it's non-standard colours that get the French Bulldog show peeps hyperventilating. They are obsessed with the increasing popularity of French Bulldogs that are the 'wrong' colour - and loathe that non-show breeders take advantage of the recessive colours that lurk in the breed.

Now there is certainly reason to worry about merle - it's a gene in a double-dose that can certainly cause defects and it was almost certainly introduced into Frenchies from another breed. But chocolate, blue and black and tan? These are just cosmetic issues. The genes are there recessively in the breed.

(Blue in some breeds can by associated with a condition called colour dilution alopecia, but there's no evidence of it in blue Frenchies.)

Both the UK and FCI standards call for open nostrils - and in fact "totally closed nostrils" is a disqualifying fault in the FCI standard.  And yet this is routinely ignored. This dog, shown at Crufts on Thursday, is absolutely typical of what you see in the ring. No wonder that, according to recent research, 50 per cent of Frenchies have problems breathing. 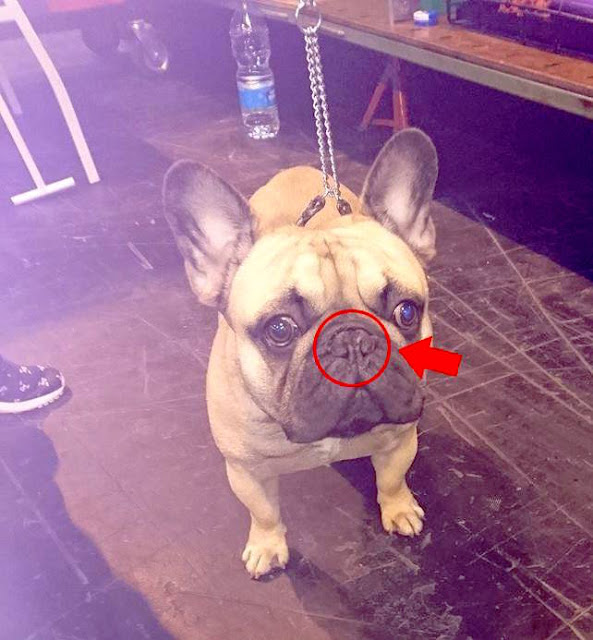 Yep. You guys do indeed need to read the breed standard.

Posted by Jemima Harrison at 10:08