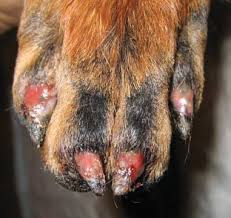 A whopping nine per cent of Gordon Setters in Norway suffer from an immune condition which causes all their claws to fall out.

The same bunch of genes that researchers found are linked to this condition - called  symmetrical onychomadesis - may help protect Gordons from another immune-mediated condition:  hypothryoidism (which commonly causes hair loss as well as lethargy, weight gain, muscle loss, sluggishness and a slow heart rate).

The new findings from researchers in Norway (read the open-access paper here) present breeders with a dilemma. Do you select against one condition at the risk of heightening the risk of another?

Well let's have a look:

Symmetrical onychomadesis (also called Symmetrical Lupoid Onychodsdrophy or SLO) varies in severity, but the lesions can be very painful, treatment is often not successful and some dogs have to be euthanised. English Setters, Whippets and Bearded Collies suffer from it too.

Hypothyroidism, meanwhile, is treatable (if tricky and expensive to keep on top of) and is found in Gordons at a lower prevalence than the claw-loss (2.9% compared to 8.9%).

So... select against the claw-loss!

Well no. The authors stress that a lot more research is needed before breeders could start using the new info in a way that could help improve the health of their dogs. In other words... 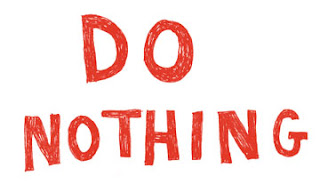 Immune-mediated disease (heck almost all disease) in dogs is on the rise because of the way we breed them: closed gene pools, overuse of popular sires, over-emphasis on looks to the detriment of health (as much as the loonies would prefer to deflect the blame on to vaccines, dog food and vets conspiring with big-pharma).

This new Norwegian paper looked at a specific part of the dog genome called DLA (dog leukocyte antigen).  DLA codes for the immune system and it is made up of different haplotypes (bunches of genes).

The number and distribution of haplotypes is considered to be an indication of overall genetic diversity in a breed.

Broadly speaking, the more haplotypes, the better. Your immune system needs a diverse armoury with which to fight disease/foreign invaders.

And, generally, the more inbred the dog is,  the fewer the haplotypes.

The Norwegian researchers found 10 different haplotypes in Gordons and seven in English Setters in the dogs they studied - not the worst compared to other dog breeds, but low. A high incidence of immune-mediated disease is found in other breeds with a low number of DLA haplotypes, such as the Bearded Collie, Standard Poodle and Nova Scotia Duck Tolling Retriever.

Seriously, the answer is not that difficult. And there is no need for paralysis while we wait for the researchers to come up with the definitive answer. Because there is already one out there.

We need to increase diversity in these breeds. And where it isn't possible to do it within the breed by going out to different lines, then it's time to outcross... to dilute the poisoned rivers that are today's closed gene pools.

Because, frankly, I'm sick to death of paper after paper finding yet another breed-related disease at the kind of rate seen for symmetrical onychomadesis in the Gordon Setter.

Almost one in  10 Gordon Setters in Norway suffer from a hideous condition that makes their claws fall out. 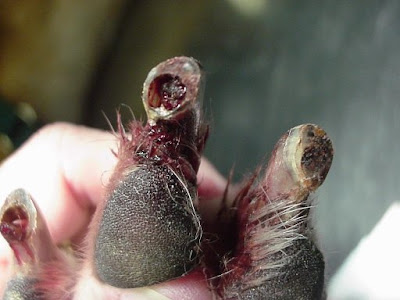 Want to have a guess at how it feels to walk with that?

Posted by Jemima Harrison at 17:05