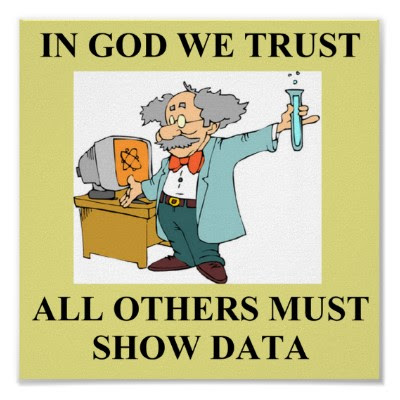 There was a big response to my blog on VetCompass's data comparing purebred to crossbreed longevity (see here), with several questions and some querying the validity of the data. Dan O'Neill from VetCompass has followed the comments with great interest and has kindly agreed to respond.


Many thanks to Jemima for posting the VetCompass preliminary canine longevity study and to all of those who commented. VetCompass is a collaborative not-for-profit research project prioritising companion animal welfare. As such, it is important to gauge and include the opinions and interests of breeders and owners into ongoing research. All VetCompass research output aims to have immediate applicability to improve animal welfare and is not designed to just adorn the pages of esoteric veterinary journals.
Although it is not possible to reply to all those who commented, I would like to make a few general replies. The results of most scientific studies contain two main parts. The first is a descriptive component that aims to describe the situation observed, without trying to explain it. In this study, the descriptive component described overall longevity of purebreds versus crossbreds and also the longevity of individual breeds. That crossbreds may outlive purebreds is just a basic fact from this study and does not try to explain why this may be the case. It does not necessarily follow that any differences seen are related to basic hybrid vigour or genetics.
The second part of most studies is the analytic phase where the problem is taken apart and analysed to understand how it works and tries to explain the descriptive findings. There are many factors which may affect the longevity differences seen for crossbreds and purebreds; and these often turn out being counter to what might be expected.  To the point where this study was blogged, we had examined the influence of variables such as sex, neutering and insurance status on longevity. For example, intuitively, one would expect insured animals to live longer than non-insured since higher health care standards should give an advantage in life. Interestingly, the reverse is the case and insured dogs live over 1 and a half years fewer than non-insured. This may be because people insure unhealthy individuals or breeds but, regardless, it does highlight the importance of gathering data before making assumptions. Many commented that body size/weight may explain away the difference in longevity of crossbreds and purebreds. The beliefs are that crossbreds are smaller than purebreds and that small dogs live longer. This aspect is already being studied and will be very interesting to see the effect.
Another comment regarded the selection criteria for breeds included. VetCompass collects data on all dogs attending vet practices. The only criterion for the breeds included was the number of them seen; enough dogs of reported breeds were required to provide statistically reliable results.  Apologies to owners of less common breeds, but these will be included in future studies as the overall dog numbers increase.
The use of median instead of mean age was also questioned. The ‘mean’ refers to adding up all the ages and dividing by the number of dogs. The ‘median’ refers to ranking all the ages and selecting the centre age. The median is a better descriptor for this study because there are two peaks of death, one in year 1 with a higher one at year 14.


A thread also discussed whether vets are made aware when dogs have died at home. In general, vet practices would be aware since clients may bring the bodies to their practice for cremation or at least notify the practice to submit final insurance claims or to stop vaccine reminders being issued.
Finally, in response to the comment regarding 'right censoring': if we were following a group/cohort of dogs from birth to when they died, then right-censoring becomes an issue, because some may not have died during the study period.  However, this study was in essence a cross-sectional study, picking out all animals that had died regardless of when they were born. Right censoring (loss of information on what happens to dogs after the time period of study) is, therefore, not an issue for this study since all the dogs had died and thus none were censored.

So far, over 200 practices are collaborating with VetCompass but I would be very happy for information on the project to be passed onto readers’ vet practices to further encourage vet participation. The more practices that get involved, then the more robust and useful the studies that can use this information.
Finally, may I once again thank the readers of Jemima’s excellent blog for their comment and hopefully you will allow me to delve into your combined wisdom again for future studies.

Many thanks Dan.
A pdf containing information on VetCompass  can be downloaded here.
Posted by Jemima Harrison at 18:35