In March, I blogged about Mabel, who in my view looks pretty darn good for a Bulldog (post here). It caused a fuss, particularly because the young Mabel appeared to have quite a rounded "cartwheel" topline which some Bulldog afficionados maintained was likely to leave her crippled as she grew up.

Here are some more pix of Mabel, taken in the past few days. As you can see, her topline looks much better now. She has also filled out a bit, but is still a leggier, more athletic-looking Bulldog than you tend to see in the showring; she also has a longer muzzle and a smaller nose-roll than many, good clear eyes and wide open nostrils. The sum total results in a very active dog that can and does race about without suffering on even a warm day.

I'd be interested to hear what the show-breeders think of Mabel now.  Would she have a fighting chance in the show-ring today? 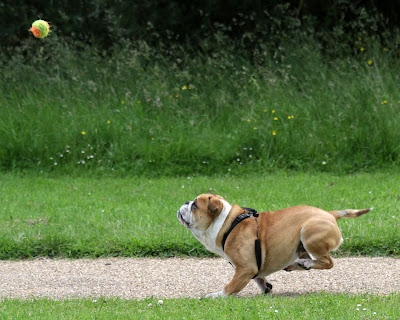 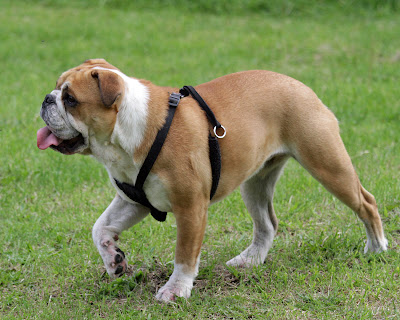 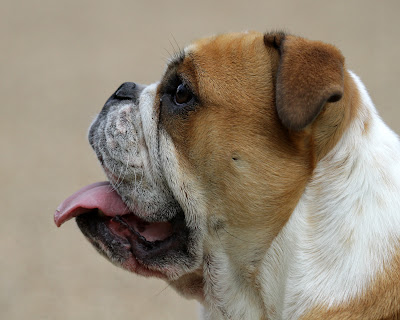 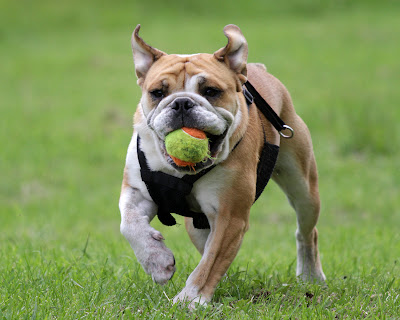 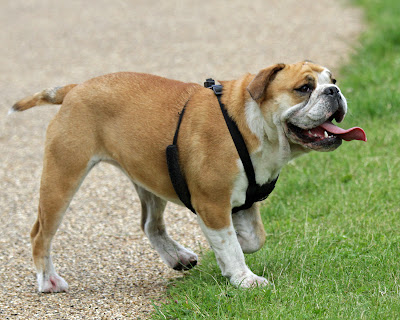 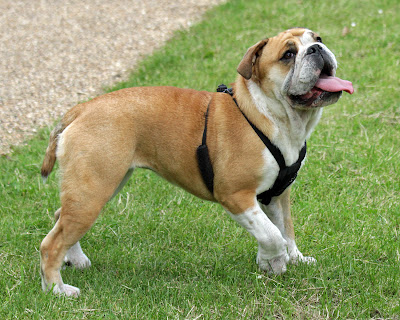 Posted by Jemima Harrison at 14:03