Fiona at Crufts - a win for the breed 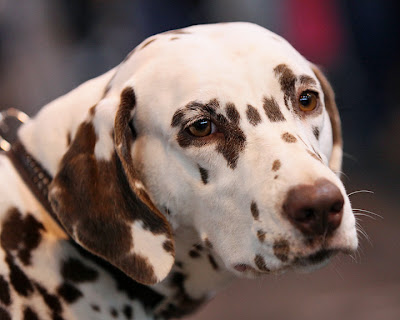 The judge overlooked fabulous Fiona at Crufts today. She wasn't even placed.

For those that don't know, Fiona is the UK's first LUA Dalmatian - the descendant of an inspired outcross (a Dalmatian to a Pointer) done more than 30 years ago in the US to produce a Dalmatian that has a normal copy of a gene that codes for uric acid. All 'normal' Dalmatians have high uric acid levels that predispose the dogs to what can be a very serious (and occasionally life-threatening) health problem.

The subsequent breeding programme means that there is now a line of Dalmatians that doesn't suffer from this condition.  It has been hugely controversial (at least to the breed purists) and the low-uric-acid Dals are still not registered by the American Kennel Club.  The Kennel Club here, under considerable pressure following Pedigree Dogs Exposed and the Bateson Report, did the right thing and accepted her earlier this year  - despite breed club opposition.

So it doesn't matter that Fiona didn't win.  This was her day. That she was at Crufts at all is a real triumph for the breed - even if not everyone recognises it.  One fellow exhibitor approached breeder Julie Evans at Crufts and said: "You've done the wrong thing, you know," she said. "Pointers have terrible hip dysplasia."

No matter that the outcross was in the 1970s, that there was only ever the one mating to another breed and that there has been no evidence of hip dysplasia in the intervening 14 generations. 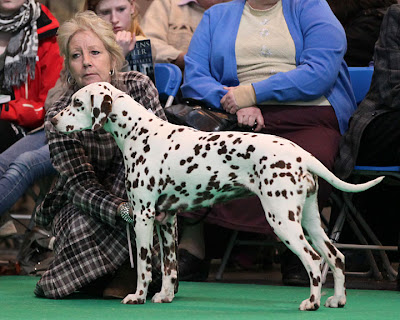 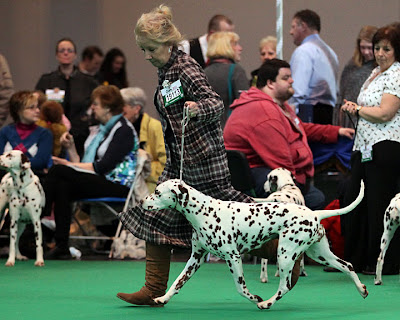 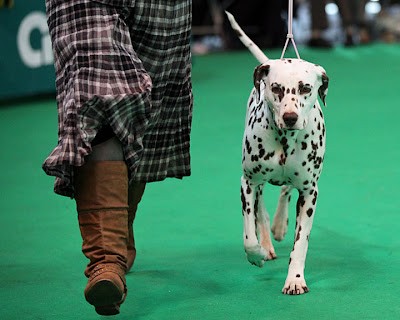 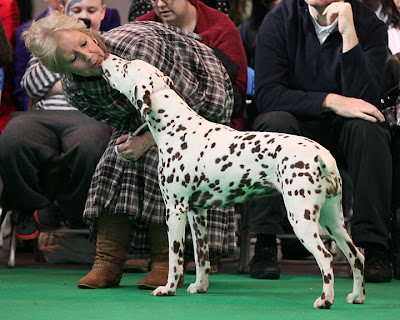 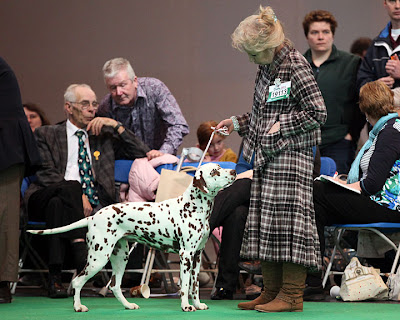 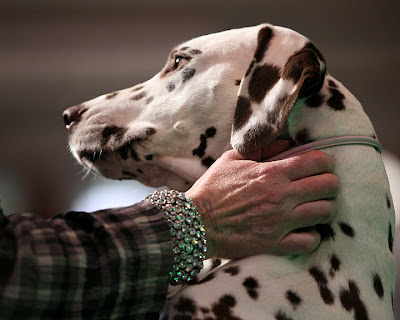 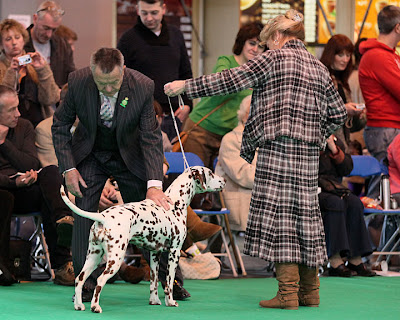 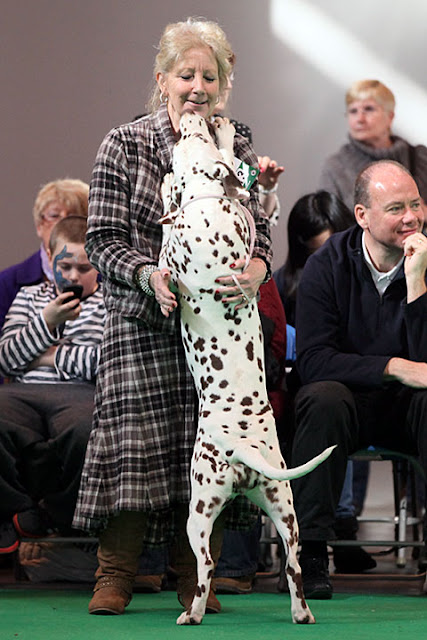 Posted by Jemima Harrison at 22:25