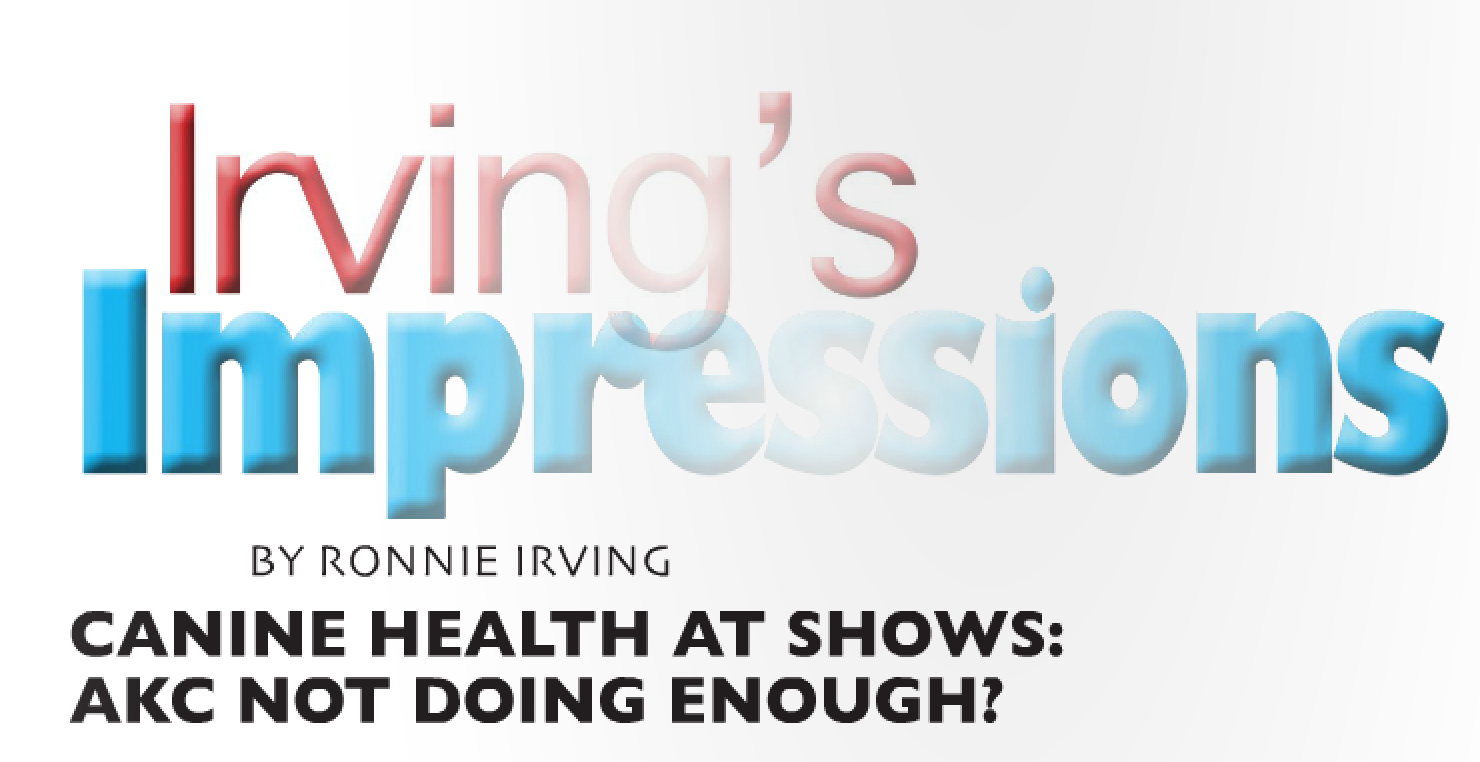 The prevailing view amongst the Fancy re the recent HBO Sports piece on purebred dogs was that it was a hatchet job. (Watch it here).

The AKC - so terrified of outside scrutiny that it filmed HBO interviewing its representatives - released out-takes which it claimed showed that HBO had twisted the interview but which in fact just showed the AKC reps looking shifty and unable to answer a direct question. (See that here).

Now former KC Chairman, who writes a column for Dog News in the US, has waded into the fray - but instead of bunkering down with the Fancy over those horrid media types with an agenda, Ronnie says the AKC must do more.


"All of that rhetoric is just fine and is likely to impress those of the dog fancy who are already convinced that the anti purebred lobby is made of nothing but crazy animal righters. It is found to give a warm feeling to the fancy and is undoubtedly a very effective way of 'preaching to the converted' - that is to those of us who have already committed ourselves to taking part in the sport of purebred dogs and are already convinced that dog shows can be used as  positive lever for change in the interests of canine health and welfare. But does it pass muster with the rest of the world consisting of ordinary members of the general public or even with people who own dogs as pets?"

Ronnie goes on to not just accuse the AKC of rhetoric, but of complacency. He thinks the AKC is:

• wrong to have issued such a vehement statement against the introduction of vet-checks in the UK
• wrong to refuse to oversee the rewriting of breed breed standards that encourage exaggerations, and • wrong in doing nothing to remind judges of their duty to put up sound dogs.

Both the UK and the FCI have moved with the times, says Ronnie, and yet the AKC hasn't, leaving it very vulnerable to charges that it is not doing enough. The HBO piece he suggests, was a car wreck waiting to happen.

Read the whole thing here... it starts on Page 18 of Dog News - this edition of which boasts a cover picture which I reproduce here because it makes me laugh... as if a man proudly gazing off into the distance holding a ponced-up poodle called Pearl is somehow noble. 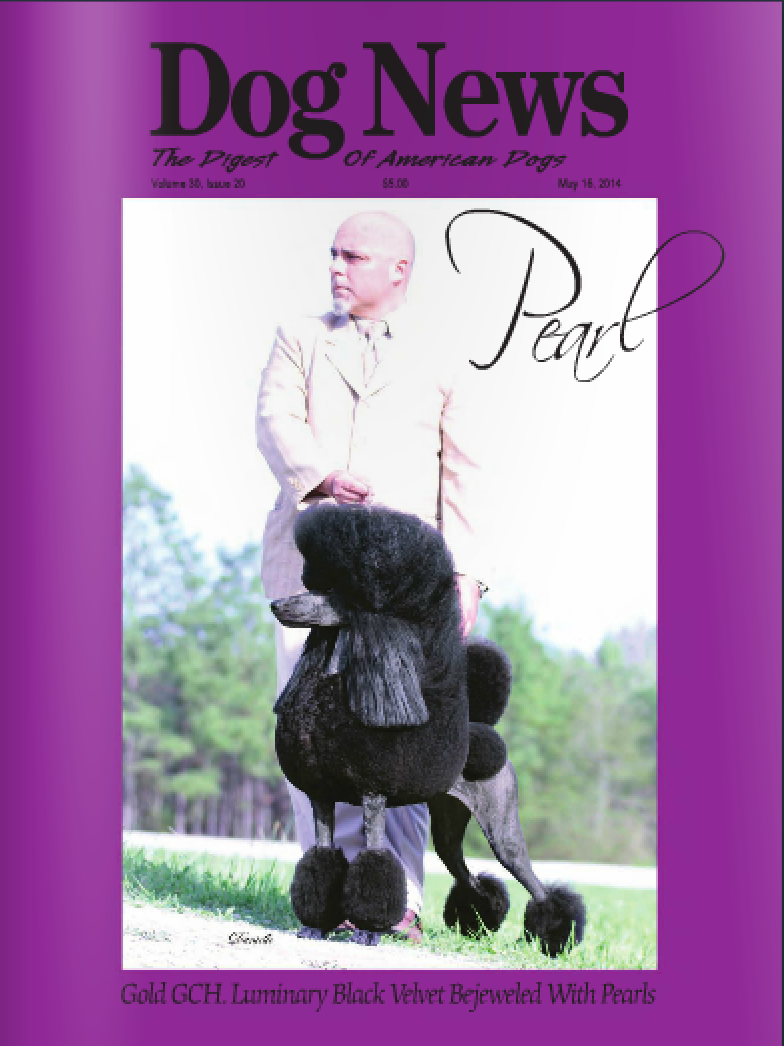 Related post: AKC sticks knife in - to itself
Posted by Jemima Harrison at 10:28