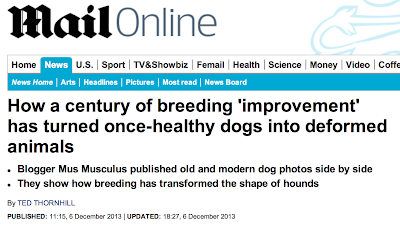 The world and his mother has forwarded to me the above article from yesterday's Daily Mail (see the whole thing here). It's a steal from this post in July by blogger Mus Musculus, which features the following comparisons between dogs of old and now.

The article, and the blogpost before it, has generated a lot of traffic. Mus Musculus has done a great job of finding comparisons which match in terms of the dogs' stance.

But in doing so, punches have been pulled.  And that's because, in several breeds, the reality is far worse, excepting perhaps in the Bulldog.

The modern example of the Bulldog above is really bad - and, actually, you'd be very unlikely to see such an extreme beast in the UK show-ring today. Equally, the bulldog-of-yore ain't much to be proud of - less wrinkled, longer-faced but that front frame is awful - a recipe for severe, debilitating joint pain. You have to go further back in time to find a more normal-looking Bulldog.

I also don't see that much wrong with the modern Boxer (their main issues being ones you cannot see).

But let's have a look at some of the others.

The modern Basset here has much longer ears, is fleshier and a little lower to the ground, but this is the Basset that won Crufts in 2012 - way, way worse. 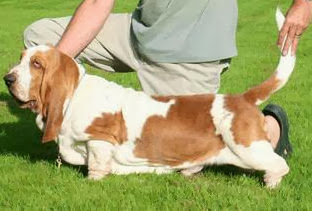 Then there's the GSD.

The modern counterpart featured in this comparison is an American-line dog. These are awful, but much worse to look at are the cripples favoured in the German and UK showring: 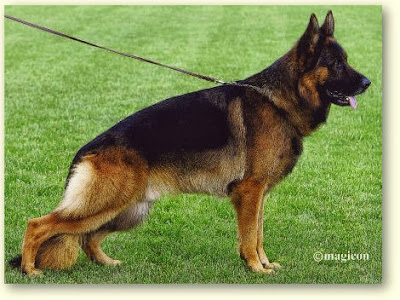 And, finally, there's the Dachshund... 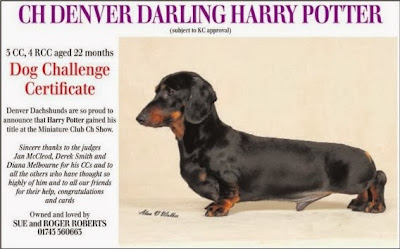 Or this Standard dog, which won Best of Breed at Westminster in 2011. 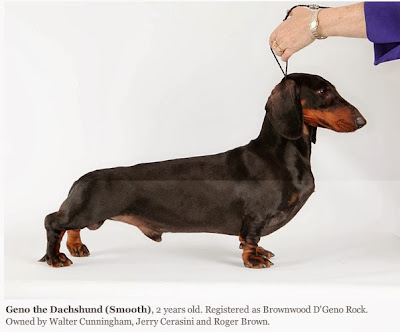 To come shortly... a reminder that in a sea of freaks, you can still find moderate versions of many breeds - if you know where to look.
Posted by Jemima Harrison at 14:18