I posted earlier today about the release today of the Kennel Club's counter-film to our Pedigree Dogs Exposed update and promised a "review" when I'd had a chance to see the whole thing.

So what did I think?

Not bad, actually. It is quite well made and I would imagine the KC considers it money well spent in order to show the world what it is doing to secure the future health of pedigree dogs.

I also welcomed the acknowledgment - quite strong in places - that there are problems (if a little bemused by the buck-passing to the judges and breeders as if, somehow, they are not KC-appointed/endorsed).

And I was pleasantly surprised to hear the news that the Kennel Club has decided to ask breeders who register five or more litters a year for a copy of their council license, although it was not made clear what action the KC will take if those breeders fail to comply (have asked the KC re this so will edit in their answer if I get one).

So that's all good. And, in all honesty, it's about as reasonable a puff piece as one could expect any organisaton to make about itself.

Can you feel a "but" coming on?

You bet your bippy.

But as I'm busy, it's late and pictures speak louder than words,  I will simply post some pictures taken (not by us, I should say, given that we were refused access) at the Richmond Champ Show last year... that's the show featured in the film at which KC Chairman Steve Dean sings the praises of the hound group and dog shows in general.. where we, a little unexpectedly, see only level-backed German Shepherds..and where the Neapolitan Mastiff judge raves about how improved the breed is. 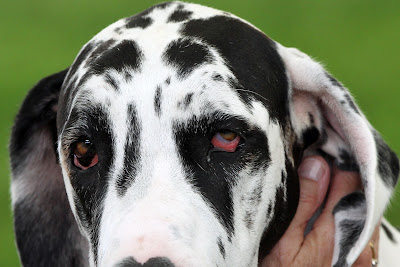 CLUMBER (this one won BOB) 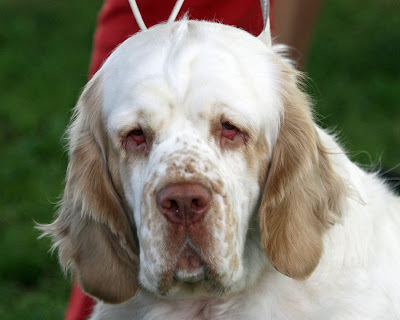 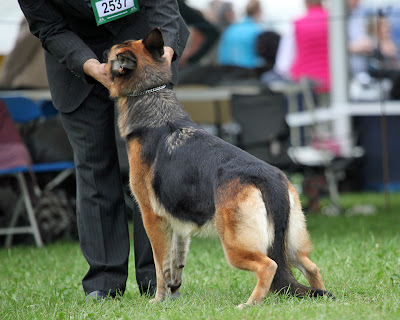 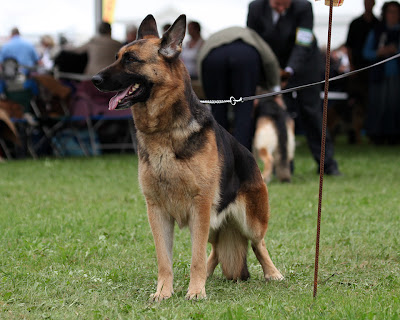 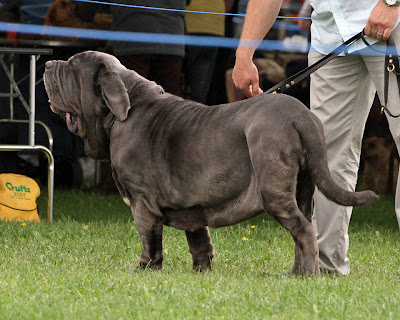 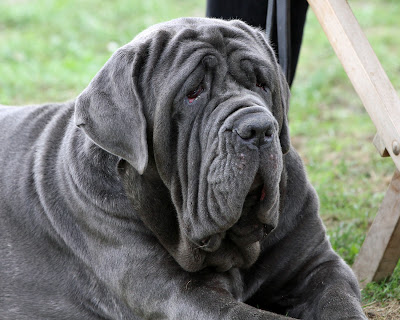 The point, of course, is that the Kennel Club has been, too.

For a written, rather than visual, commentary check out Terrierman's blog on the KC's film.
Posted by Jemima Harrison at 00:39