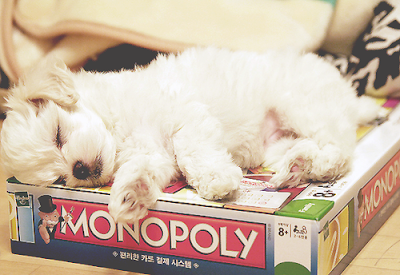 Irish Red and White Setter breeder Margaret Sierakowski sent in such an interesting comment to the blog yesterday, that I have asked her permission to make it a separate post in the hope that it will provoke the debate that I think it deserves.

"I had an interesting conversation last night with an Irish breeder of working gundogs. It seems that the Irish Competition Authority (their equivalent of our Competition Commission) has ruled that the IKC does not have a monopoly on registrations of dogs or licensing of competitive events for dogs. Nor can they prohibit people who use alternative registries or compete in events not licensed by the IKC from also registering their dogs with IKC or entering IKC shows, field trials etc.

"There are working gundog owners and breeders who feel the IKC is too much dominated by show breeders, who don't understand the working dog fraternity, and they are discussing setting up an alternative registry , appointing their own FT judges and running trials under their own rules. Apparently there are also some smaller shows already being run which have not been licensed by the IKC. Interesting.

"In the UK , the Kennel Club has maintained its monopoly as a registry and controller of all competitive events by simply ruling that dogs who are not registered by them cannot compete, and anybody who organises or enters a show or other event not licensed by them will be banned from future participation in KC licensed events.

"I can remember discussion in the 1980 among UK working spaniel breeders about setting up their own registry and running their own trials, and there was also setter and pointer triallers who wanted more freedom to run events for working dogs other than the KC licensed field trials , whose rules have hardly changed since the 1870s.

"But all the talk came to nothing, even though the disatisfactions rumble on. Probably as many as half of all UK working springers are unregistered, many of them are good working dogs, but they can't be used for breeding with KC registered dogs unless the breeder falsifies the names of the parents on ther application, which of course happens. The cocker/springer crosses continue but also remain illicit under the KC registration system.

"Is it not time for somebody to take the case of the KC's monopoly on registration and stranglehold on the licensing of events to the Competition Commission. A little more competition might focus the mind of the KC on progress into the 21st century. We might be able to get more flexibility on crossbreeding and the introduction of unregistered dogs into breeds. We might be able to hold dog shows which focus more on dogs being healthy, sound and fit for function, and award titles only to dogs certified as fit and healthy and tested for whatever is required for the breed.

"Just a thought, comments welcomed. Anybody willing to take on the Competition Commission? I suspect it wouldn't be difficult to get a positive ruling. At the very least it might jolt the KC into faster change."


I think I'm right in remembering that gundog breeder Derry Argue (Advie Gundogs) tried to challenge the KC on this some time ago?

Of course, there are now alternative registries in the UK, even if they don't amount to that much for the serious breeder - apart, that is, from working registries such as the International Sheep Dog Society (ISDS). And I believe that Border Collies can be registered with both the KC and the ISDS, so this already happens in a limited sense.

Of more interest, to me at any rate, is a challenge that would allow other organisations to license events and then prevent the KC from banning those who participate in them from subsequent KC-licensed events - if, indeed, this rule still applies. Does anyone know?