...you cross a Champion Standard Schnauzer with a German Pinscher?

Well, in the first generation you get this... 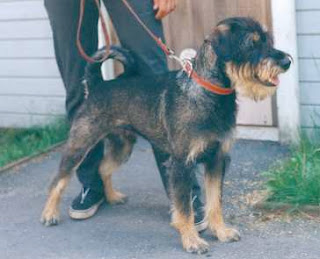 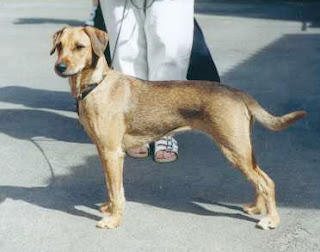 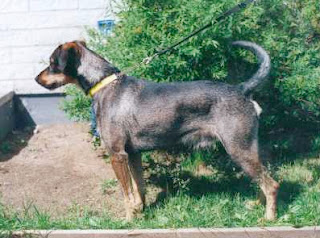 Then let's say you then take the most Pinscher-like of the litter and mate her
to a top purebred Pinscher. Then what do you get?

Well, in this second (F2) generation you get this.. 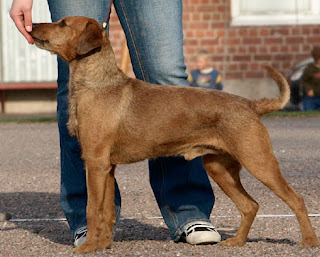 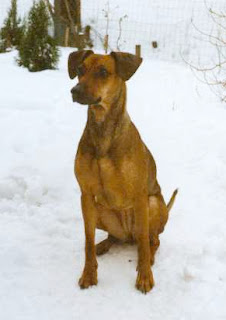 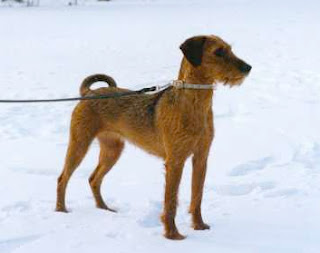 And now let's mate a bitch from another second-generation outcross litter to
another Finnish Champion purebred Pinscher.
And then, amazingly, you get...

Yep, in a litter of of nine, two were made up to Champions and another four won titles competing directly against top purebred German Pinschers. In fact, Yarracitta Kaneliprinsessa was awarded "The Most Successful  Show Bitch" in both 2009 and 2010 - a title awarded every year by the Finnish German Pinscher Club.
This Finnish outcross project, which started in 1998 but which I had never heard of before this week, is testament to just how successful careful outcrossing can be - and just how quickly you can get back to type by backcrossing.
And these dogs don't just look the part. There is at least some evidence that they are more robust than some of their purebred counterparts.
The outcross has been done because of concerns regarding genetic diversity and inbreeding. During the second world war, the German Pinscher was very nearly lost. There were no registrations at all in West Germany between 1949 and 1958, but the breed was eventually re-established in the 1950s  using a bitch from East Germany who had survived. She, along with a Miniature Pinscher bitch, was bred to two male oversized Min Pins. These five dogs were bred 14 times in various permutations to reconstruct the breed.
Within 10 years, over 500 dogs had been bred. But there became increasing concern about inbreeding, particularly in Finland where the breed is popular.  "The biggest problem in Pinschers is the high frequency of hereditary cataract (HC) and adverse reactions to vaccinations," says Finnish researcher Katariina Maki. "Incidence of HC is estimated to be at lest 16.5 per cent with adverse vaccine reactions seen in 20-25 per cent of the purebred Pinscher population in Finland".
In 1996, the Finnish KC accepted a proposal from three Finnish kennels to cross the breed with a Standard Schnauzer.
Why a Standard Schnauzer? Clearly, they look very different, but they were once the same breed (the Wire Haired and Smooth Haired Pinscher) with two coat varieties that eventually split into two different breeds. They also do no not suffer from hereditary cataract or are known for adverse vaccine reactions.
So far, there have been one F1 litter, two F2 litters, three F3 and three F4 litters - with the F4 dogs now accepted on to the normal FKC register, considered purebred.  Fourteen of the dogs have taken part in the FKC's temperament tests, with slightly better results than purebred Pinschers.  The frequency of hereditary cataract is 10.5 per cent (compared to 16.5 per cent in the purebred population) and although there have been a few vaccine reactions, these have been very mild compared to the purebred population (in which they are often severe).  Subsequent generations could see these rise, of course, as the "dilution" effect of the Schnauzer diminishes, but given the success, there is presumably no reason why further outcrosses could not be incorporated into the German Pinscher gene pool.
You've gotta love those Finns - probably one of the most genetically-aware nations on the planet given the geographical isolation that has led to their more than fair share of genetic problems in their human population.
Posted by Jemima Harrison at 12:25