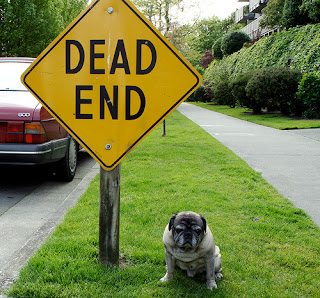 The Kennel Club announced today that it has reinstated what used to be known as the "B register" - a system by which is is possible to bring in "impure" or "unverified" stock in order to enhance genetic diversity.  Using language that is a distinct change of tone, the KC even says that it is "keen to open up its register".

Well don't get too excited.  There are some hoops to jump through and in truth it's only a small step.

• First, the dog must adhere to the health testing requirements laid down by the Accredited Breeder Scheme (actually, not a huge hurdle as for most breeds there are no recommended or required tests. And even when there are, the dog only has to take the tests; there is - still - infuriatingly -  no requirement for the dog to actually pass them).

• Second, the dog has to run the gauntlet of two Kennel Club appointed judges who will assess whether he or she is a good example of the breed.

• Third: you have to hand over £100 of your hard-earned cash to the KC for the privilege of the application being considered. (And, of course, there are no guarantees.)

• Fourth: even if you succeed, you'll have to wait for four generations down the line before the descendents will be considered "pure".

This is, in fact, the process by which Fiona the backcrossed Dalmatian was registered by the Kennel Club a few months ago. But of course that case was scientically absolutely clearcut and others may be less so - or at least more arguable.

The KC will, I suspect, have to brace itself for protests - and it has given in to these before (famously, over the one-off registration of packhound bloodhounds).   One breeder maintained to me today that she feared the judges assessing the dogs could be put under a lot of pressure to reject the dogs by breeders and breed clubs who vehemently oppose the idea of outcrossing.

But it would be churlish to not acknowledge that this is a move in the right direction. It's just that it is a long way from where we need to be to ensure the future genetic health of our breeds. For that, we need root and branch reform of the way we breed purebred dogs; not just the odd application by the odd forward-thinking breeder.

Ironically, today also marks the publication of the first annual report of the KC's revamped Dog Health Group (set up  a year ago in what proved to be a failed attempt to see off the threat of an independent advisory body). This has lots of interesting info in it for KC-watchers, some of which I will highlight separately, but pertinent to the above is this paragraph.

"Further to the work that the Kennel Club began with Imperial College in 2003/4, the population structures of each breed will now be examined over time, with a calculation of rate of inbreeding (over 40 years) and various breeding dynamics, including an estimated population size. From work done so far, Dr Blott reported that it was apparent that the effective population sizes of at least some breeds were in the realms of rare breeds (<50), but Dr Blott was of the view that there were ways of structuring population strategies to decrease the rate of inbreeding and that tools could be developed to aid breeders’ efforts to do so."

For those unfamiliar with the term, "effective population size" (Ne) is a measure of the  genetic diversity of a particular population/breed/species. When considering wild populations, anything less than 100 is considered criticial by conservation geneticists. Less than 50 - which is what Sarah Blott from the Animal Health Trust is reporting for "at least some breeds" -  is considered by some to be on the road to extinction.

Now,  dogs are not a wild species and we're around to give them a helping hand.  But, really, how bad does it have to get before the Kennel Club fully acknowedges just how serious the situation is in some breeds - and realises that the answers almost certainly lies in a much more proactive effort to bring in fresh blood from outside, not tinkering with breeding strategies within a breed?

It's not as if there's no option. There's nothing to cross a cheetah to in order to save it from oblivion.  But dogs are all the same species and breed boundaries are an entirely artifical construct; something we've imposed on them, very often to their considerable detriment.

What we really need is for whole breed clubs and kennel clubs to fully grasp this nettle and establish proper outcrossing programmes before it is too late.

As, remarkably, the Irish Kennel Club has just announced it is doing in conjunction with the Irish Red and White Setter Club in Ireland.

Now this is to be applauded - an outcross designed as a measure to pre-empt issues down the line rather as a last-ditch attempt to save a breed. Now it ain't a huge leap of faith - the outcross is to working red Irish Setters and not so long ago they were all the same breed.  There is also a precedent in that an outcross was done once before in the Seventies.

The progeny are unlikely to come to a showring near you in the UK anytime soon. The UK show breeders of IRWS don't have much to do with the Irish working dogs and will not be participating in this new initiative. They should, though. Only 90-odd IRWS were registered in the UK last year and the breed has a very limited gene pool.

More details to come...
Posted by Jemima Harrison at 21:05