Mastiffs: we did this

Sure, I've been a bit unfair in this comparison. If you do a trawl for archive pictures of Mastiffs (or English Mastiffs as they are called everywhere other than the UK), you will certainly find history littered with some bulkier, short-faced dogs.  And, while the dog on the right was shown at Crufts this year, he didn't win (although he had certainly been placed previously in order to qualify for the show).  But just look at the harmony and balance in the 1936 dog compared to the awkward lump on the right.


In fairness,  the French dog that won Best of Breed at Crufts 2016 was a more moderate dog: 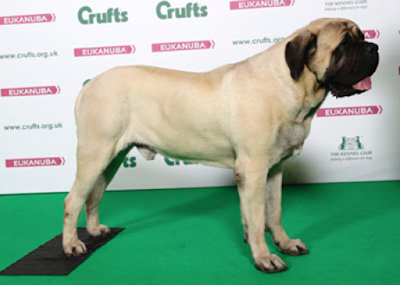 BUT... he was less than two years old at the time of his win and if you click here you can see what his parents look like. The bulk will come.

Here's another comparison - this time a Mastiff from 1931 alongside another dog that was shown at Crufts this year. 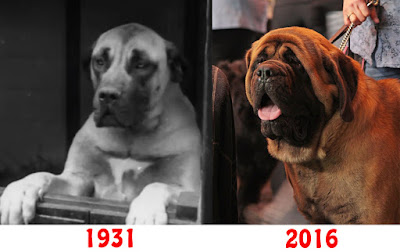 The 1931 dog is a lift from this video from British Pathé, which landed in my Facebook timeline this morning, hence the random Mastiff post on this fine summer's day.

Posted by Jemima Harrison at 11:21