Eukanuba... what were you *thinking*?? 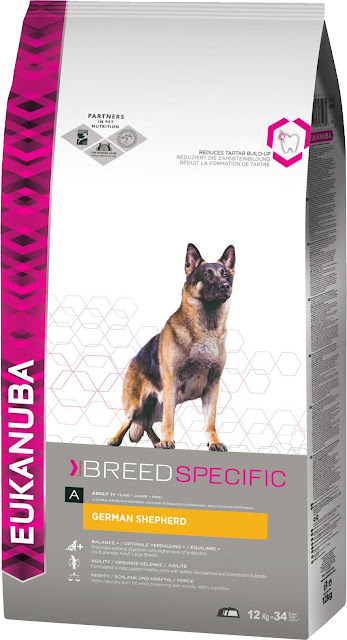 As some of you will know, I have recently set up CRUFFA - the Campaign for the Responsible Use of Flat-Faced Animals (in advertising and the media).  Cruffa's aim is to persuade companies/organisations to not use brachycephalics as a selling tool for their products/services/events - and where only a brachy will do to encourage the use of dogs/cats with more moderate features.

Cruffa is not much more than a Facebook page at the moment and in truth I have had little time to do much, but there's been a fantastic response, with pledges of support (and/or a commitment to not use stock photographs of brachycephalics where a more normal dog/cat would do) already in from:

Registrations of the extreme brachycephalics are at an all-time high (one in seven dogs registered with the Kennel Club is now a Pug, French Bulldog of a Bulldog - compared to one in 50 ten years ago).

These three breeds in particular are being used to flog everything from car insurance to mobile phone networks, contributing to their demand and the 'normalisation' of features that are anything but normal - flat faces, over-large eyes, pinched nostrils, obesity. Particularly worrying is the amount of ads/editorial use in the mainstream and online media which feature brachy dogs "smiling" but whose drawn-back + up lips betray that they are hot and/or are struggling to breathe. 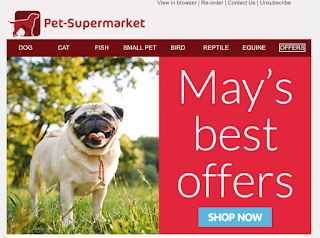 I was really shocked to see the GSD above on this Eukanuba dog-food.  And they've also used the same dog, flipped, in this branding. Note the caption on the dog's hips...what irony. 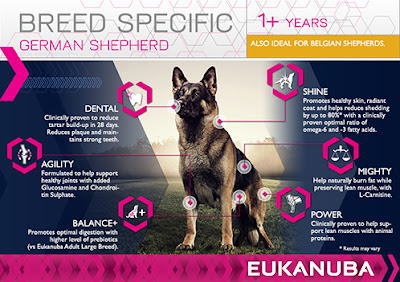 GSDs do not come under Cruffa's remit but I thought it would be good to use the same tools Cruffa is using (personal communication and social media pressure) to encourage Eukanuba to commit to changing the image of this dog to one that is not struggling to stand or cow-hocked.

As you'll see on the pack, Eukanuba also carries a Kennel Club logo boasting that they are "partners in nutrition", so lobbying the KC via its Facebook page or Twitter - @KCLovesDogs - should also be effective.

I have already posted/tweeted to the above, and the more voices/comments received, the more likely it is that they will commit to changing the image.

With a bit of luck to one that looks like this. 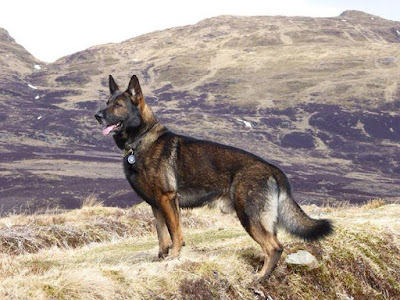 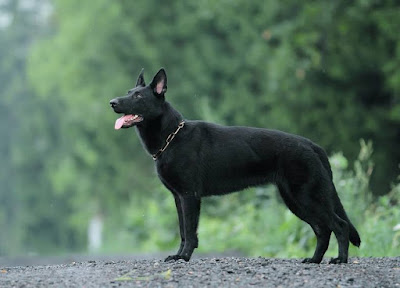 Delighted to report that I've received this from Eukanuba this evening (22/6/16). Thank you to everyone who commented on the links above to help secure this commitment - and well done to Eukanuba for the quick response.

At Eukanuba, we are pet owners first and foremost and care deeply about the animals we serve.

To offer some insight and background to the current image of the German Shepherd Dog; Spectrum Brands only acquired the Eukanuba brand in Europe on 1 January 2015 from its previous owner Procter & Gamble. The current German Shepherd Dog image was chosen by Procter & Gamble in the United States back in 2013 and was then also applied to the European packaging. At that time no-one from Spectrum Brands was obviously involved in the brand or choice of images that would be shown on the packaging.