The above statement has just appeared on the UK's Old English Mastiff Club website - the final word (or so the Club hopes) on the issue of pied (piebald) Mastiffs.

So now you know. In the eyes of the Club, pied Mastiffs are considered... deviant.

Sure, the word can be used benignly in the sense of "divergent", "non-typical" or "anomalous". But  the popular use of the word describes something perverted, malignant or nefarious. Sex offenders and killers.  How telling that the Club uses it - surely pure belligerence.

I have written at some length on the battle to get pied Mastiffs recognised before (see here). But to re-cap:

• pied mastiffs were accepted in the breed's original (1880) breed standard

• despite attempts to rid the breed of the colour, pied pups continue to be born from time to time (the piebald gene is recessive). Pied pups are either quietly disposed of or sold off cheap to pet homes.

• There have been no health issues in pied Mastiffs relating to the colour.

• DNA tests have confirmed that piebald Mastiffs are indubitably purebred Mastiffs, and not the result of a sneaky behind-the-bikesheds liaison with another breed. 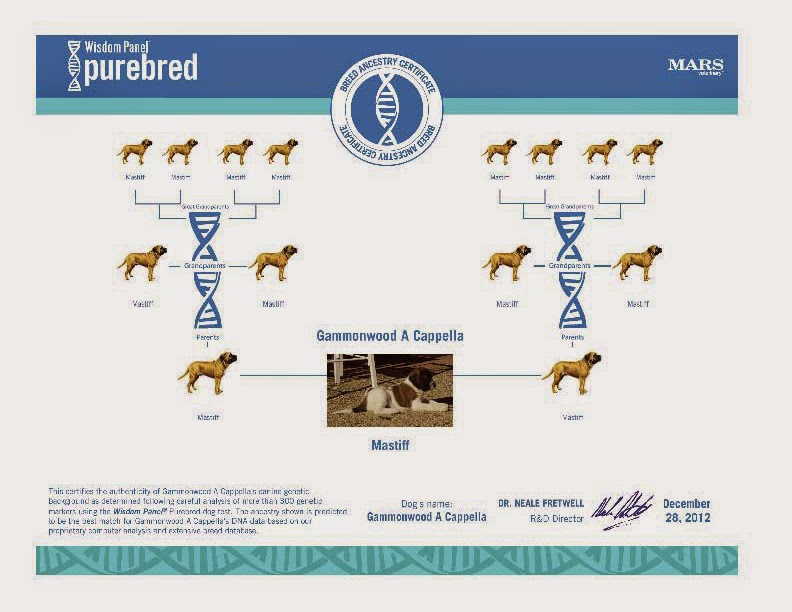 • The route of the colour-bar in Mastiffs (and indeed in some other breeds) has its roots in repellant Victorian racist propaganda about mixed race and "mongrelization" in humans
Seriously, there is NO place for this in this day and age. Not here. Not now.

If you don't want pied Mastiffs in the show-ring... fine. But they need to be accepted for registration by all Kennel Clubs and their colour needs to be recorded accurately. Currently, those KCs that will register the dogs list them either as "colour not recognised/undesirable" or only as their base colour - apricot, fawn or brindle.

This beautiful pied Mastiff is Opus - born and bred by Simon and Jen Willshire of Gammonwood Mastiffs in New South Wales, who have led the campaign to get the colour recognised. 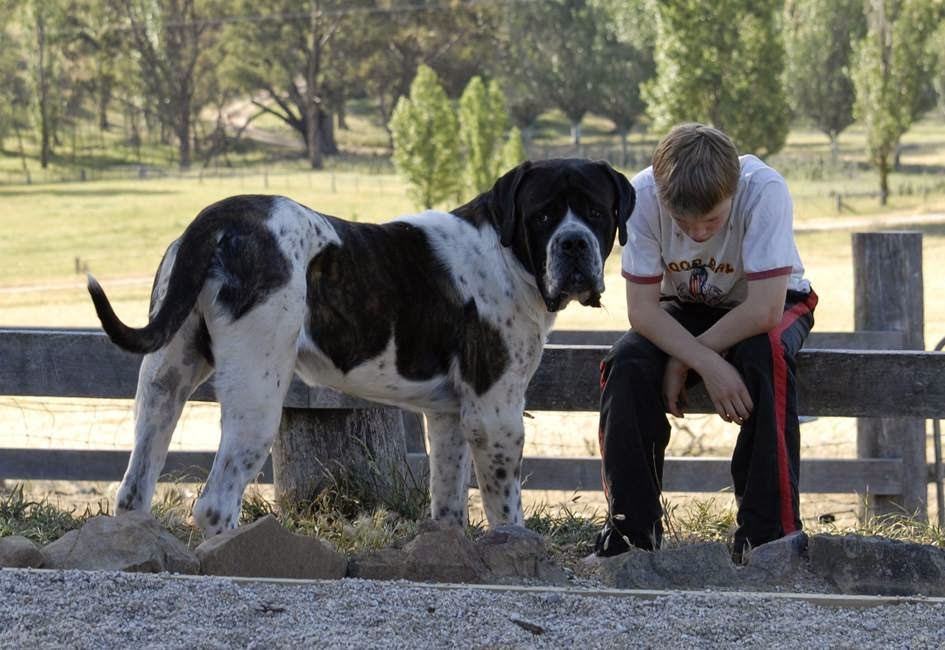 He is fully health-tested and clear of everything. He also has probably the best hips ever seen in the breed. 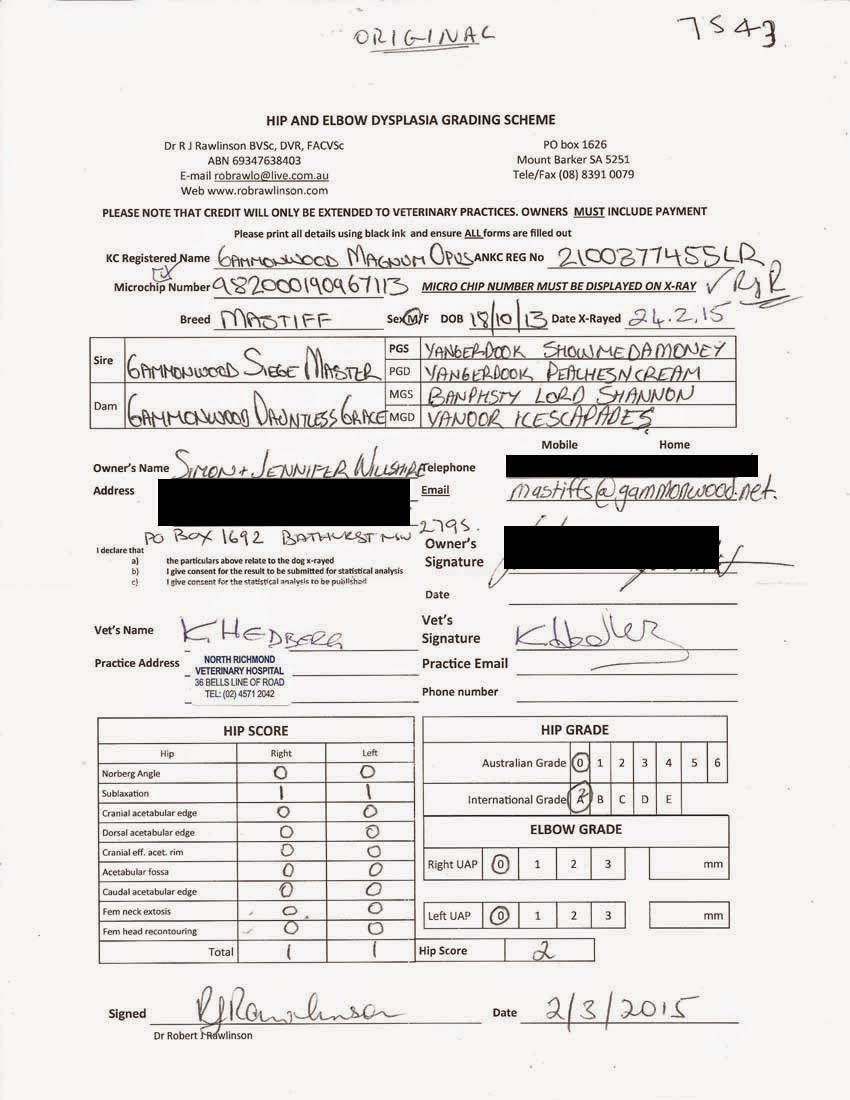 No matter that you can breed on from Opus and produce solid apricots, fawns and brindles.

Opus is the wrong colour! 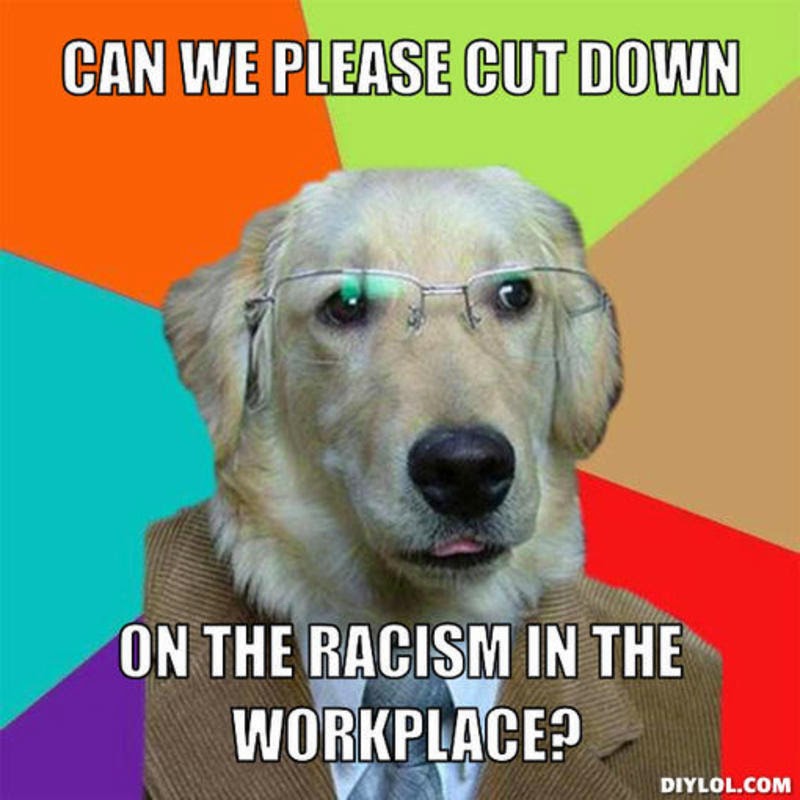 Please take a moment to email the officers of  OEMC and let them know what you think. You can find their contact details here.

Leave a comment here or join in the discussion on the Pedigree Dogs Exposed Facebook Group
Posted by Jemima Harrison at 10:54