Thought you'd seen it all? Czech breeder creates the "Pugherd" 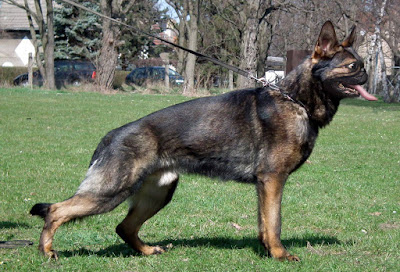 It's a meld of German Shepherd and Pug, bred with no other purpose than to appeal to owners who like cute dogs with a bit more "drive" than the usual brachycephalic (short-faced) breeds - but Czech breeder Dubnu Blázen denies she has created a dog that is a Frankenstein's monster.

"I love both breeds for different reasons and thought it would be an interesting mix," says Blázen who says there is so much demand for her Pugherd puppies that she's had to take down her website  - www.prdeli-uppsi.com.

"They're lovely, characterful dogs - easier to live with than a German Shepherd, and much more athletic than the average Pug."


It has take Blázen 12 years to achieve the look she wanted. The first generation mix (between a male pug called Duke and a female GSD called Duchess) produced this - a half-way house between the two breeds. 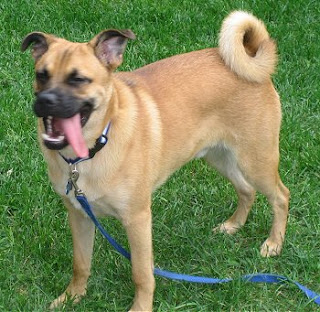 But by careful selection for what she wanted - essentially a Pug head on a German Shepherd body - by the fifth generation she had got what she was looking for. 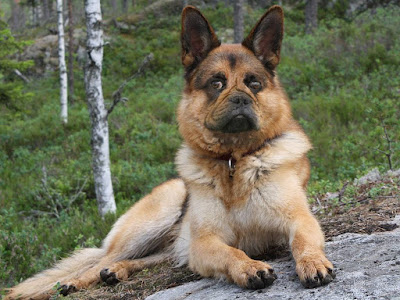 Pugherd puppies are selling for the equivalent of £2000 ($2870) and Blázen says she has had enquiries from all over the world, including Japan and China.

As you might imagine, Czech breeders of both German Shepherds and Pugs are up in arms. But Blázen is defiant. "They're cute dogs and much healthier than the average Pug - although you do have to be careful in the summer. I did lose one to heatstroke last summer after a 20k run."

Posted by Jemima Harrison at 00:21