Indian takeaway - the St Bernard with no eyes 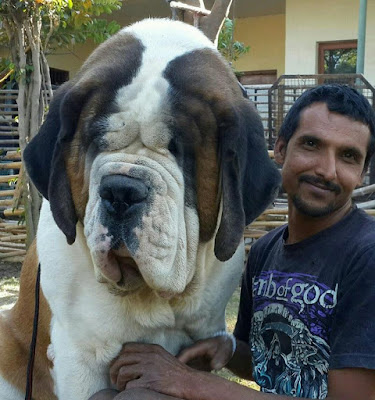 I've featured some exaggerated Indian-bred dogs in the past here (Pedigree Dogs Exposed India anyone?)and it has provoked outraged comments by those who consider themselves in more 'civilised' breeding countries.

The dog above is clearly a really exaggerated parody of what a St Bernard should be.  However, on this occasion the finger of blame needs to point not at his current owner in Punjab but at this dog's American breeder.

Here he is as a youngster winning in Indiana in 2011 at a Berrian Kennel Club show. 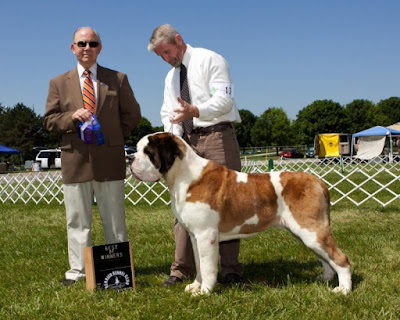 He was then flogged off to India, and has become a champion there, too. 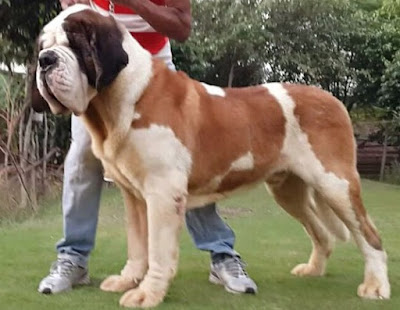 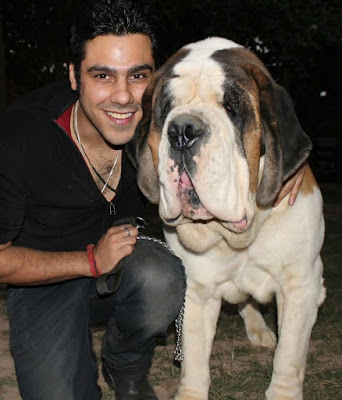 And he's not the only former American champ sold off to India for thousands of dollars. The same Indian kennel owns this dog, too - American + Indian Champion "Virgil" - here's a pic of him winning in the US. 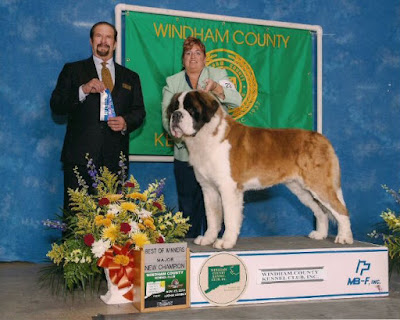 And here he is today in India. 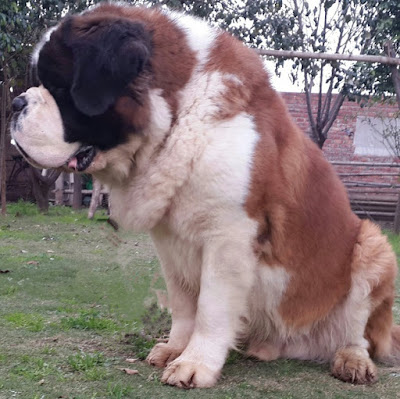 Poor dogs. Bred, sold, bought and campaigned by idiots with no sense of proportion.

Well how about these?

For more moderate current Saints, check out the Barry Foundation in Switzerland which is working on restoring the breed to its original type. Not all of their dogs are perfect, but they're getting some things right. This is Cheyenne, a four-year-old bitch with a lovely moderate head and good eyes - with Trademarks Avatar below for comparison. 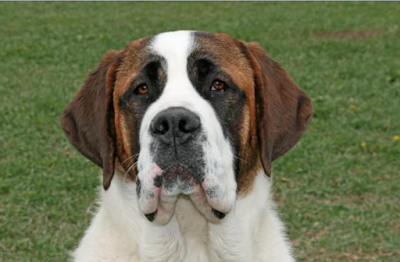 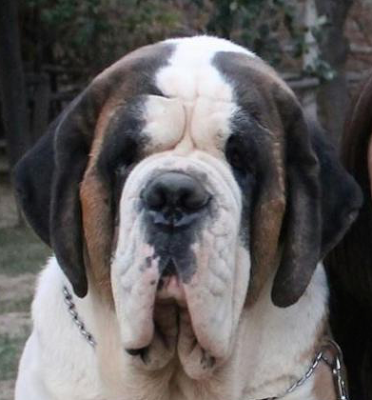