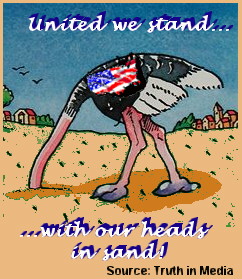 The AKC has decided to hire Edelman PR ("the world's largest public relations firm") to improve the image of AKC breeders.

In an extraordinary article for this month's Canine Chronicle (read it here), AKC Chairman Alan Kalter lays the blame for the AKC's decline and dwindling reputation entirely on the AR movement.

"What changed in those 20 years? The noble quest to give every dog a “forever” home was co-opted by the animal rights organizations as a method to raise funds for their mission to completely eliminate pet ownership."


There isn't even a nod  to the fact that the AKC continues to embrace breeding practices that, if not modified, will lead to the genetic annihilation of all the breeds (or at least the AKC incarnation of them).

There's no mention of the fact that AKC shows continue to reward distortion, deformity and disease.

There's no acknowledgment at all of the responsibility the AKC needs to shoulder for chasing registration dollars rather than good health.

Kalter even goes so far as to say:


"As told by AR groups, purebred dogs have been wrongly defined as being plagued with genetic health and temperament problems caused by breeders."

But who else is to blame for Cavaliers with brain cases too small for their brains, or Boston Terriers that can't breathe or breed; or Rough Collies with eyes so small that they verge on micropthalmia?

Neither, when I last looked, was PETA the ones responsible for producing Shar-pei riddled with Shar-pei Fever and entropion, or Flatcoats shot through with cancer - or the growing number breeds falling apart with immune-mediated problems.

And neither is it the HSUS's fault that, for instance, the AKC (English) Bulldog standard still demands a "massive head"- refusing, even to embrace the breed standard modifications introduced in the breed's country of origin.

And, last time I looked, it wasn't the ASPCA that continues to suggest that mating mothers to son/fathers to daughters and brothers to sisters might actually be a good thing.  (See here.)

Instead, the AKC has resolutely stuck its heels in, resisted almost all reform, and fired off disparaging potshots at those KCs that have (partially) woken up and smelled the roses.

The AKC has built its house on sand and continues to stick its head into it. And yet Kalter maintains the concerns raised by critics are all "propaganda" and "fiction".

Sure, the anti-breeder camp overstates its case and blogs like mine tend to focus on the bad stuff.

And, sure, there are dedicated breeders that produce good dogs with love and care under the AKC umbrella.

But not to shoulder any responsibility at all for purebred dogs' falling star?

It is true that purebred dogs are in need of some good PR - and, actually, there's real potential to do a good job. Selectively-bred dogs produced by responsible breeders should be treasured and they do have some advantages over crossbreeds/mixed breeds.

But you don't do it by claiming that black is white.

How do you do it?

For a much smaller fee than Edelman PR, please feel free to ask. Although, gratis, I can tell you this:  it requires change.

And it does not feature the sleight of brand involved in hiring a PR company to illuminate the good stuff while doing fuck-nothing about the bad stuff.
Posted by Jemima Harrison at 16:14