KC admits: "We needed to get a grip" 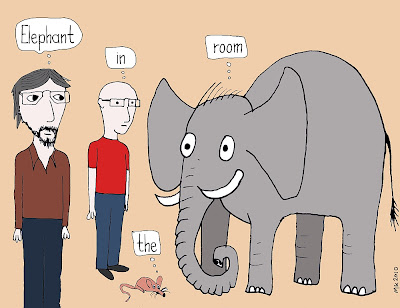 The KC's 140th birthday is celebrated in the current issue of Country Life. And it contains an interesting quote from KC Secretary Caroline Kisko.

In 2008, the unflattering BBC documentary Pedigree Dogs Exposed prompted a shake-up of KC breed standards, a clampdown on producing dogs with exaggerated characteristics and the reinforcement of the message that only healthy dogs should win prizes. ‘We needed to get a grip,' concedes KC Secretary Caroline Kisko.

This is true enough, of course, but you don't often see the KC admit it in print.  Although perhaps Mrs Kisko is misquoted. After all, she goes on to say:

Breathing problems were - and are - a huge concern. But, actually, the biggest  - which goes un-acknowledged by the KC in this article and more generally - is the long-term unsustainability of closed gene pools.

On which note, the KC has just released its third Dog Health Group report (unusually without an accompanying KC press release). You have to plough through quite a bit of back-slapping here -  new DNA tests, improvements in hip scores and how the vet checks are discouraging conformation extremes - to get to the really interesting bit.

"Generally," it says, "our results show that most breeds have an effective population size below the recommended minimum to maintain a sustainably low rate of inbreeding."

This is massaged-genetics-speak for BIG trouble.

It should be headline news, and should be forcing a review of breeding practices. Instead, it's buried in the Annex on page 30 of the report.


Note, too, how the recommendations are to reduce line-breeding, manage the use of popular sires and to use more dams and sires (tsk... it's almost five years since PDE and still no real measures in place on these points). And no mention of  outcrossing, which is actually what any sane geneticist without the need to keep breeders sweet would recommend.

I have asked the KC for the reports. They say they are going to be distributed to the breed clubs first, then published online.

They will make extremely interesting reading.

The other interesting quote in the Country Life article, btw, is this one:


However, Mrs Kisko points out that the real problem is the underground issue of puppy farming. ‘Our mantra is that you should always buy a puppy from a KC-assured breeder because the rest we haven't got a clue about. We're working on this with the different governments, but they've all got different laws, which is daft. Current measures against puppy farming rely on local licensing authorities and that's not working. Our scheme is voluntary, so breeders are saying "I want to be inspected". The other difference is that we know what we're doing.'

And, of course, the breeders about which they "haven't got a clue about" include the thousands of  dogs the KC registers outside of the assured breeder scheme.

Indeed they do. It's called having your cake and eating it.
Posted by Jemima Harrison at 22:08