BREAKING NEWS: a quarter of UK dog breeds so inbred they could face extinction 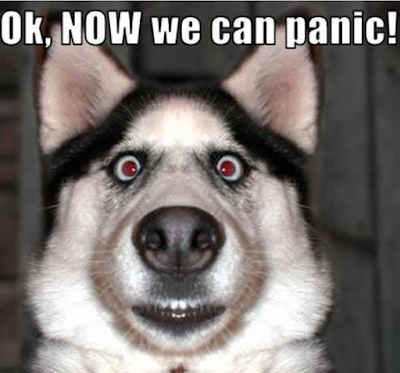 The Kennel Club today releases data which shows that half of all Kennel Club breeds are in trouble - and a quarter of them are so genetically impoverished they may not survive.

Those in peril include much loved UK breeds such as Irish and English Setters, the English Springer Spaniel, Cocker Spaniel, Bull Terrier, Otterhound, Bearded Collie and the Yorkshire Terrier.

Now this is not what those attending a press conference at the Kennel Club today (Tuesday 22nd September) will be told by KC spin doctors.

But it's what the data actually show.

Nope, those attending the event will be told how bloody marvellous the KC is for exploring the population structure of their 200-or so breeds and that the future is looking rosier for many breeds. Significantly, they will be told that the rate of inbreeding they've found is "sustainable", implying all is well in the world of pedigree dogs.  Because that, you see, is the conclusion of the authors (being paid by the Kennel Club incidentally) of a new paper published in Canine Genetics & Epidemiology this week. (Read it here.)

Nothing could be further from the truth - and the evidence presented in the paper does not support its conclusion.

All this new paper shows is that the rate of inbreeding in the UK has slowed a bit in recent years in some breeds  - probably due to the relaxation in quarantine rules which has allowed more imports, and a greater general awareness of the damage caused by inbreeding in the wake of Pedigree Dogs Exposed.

While this is a bit of good news, the overall picture is bleak.  Many breeds are  very inbred and many breeds suffer a high burden of genetic disease. The paper documents a horrific leaching of genetic diversity in the 1980s and 1990s and not even a slowing down of the rate of inbreeding in recent years is going to claw that back.

That's because Kennel Club breeds are trapped in closed gene pools, treated as isolated species by breeders. Many KC breeds are founded on just a handful of founders - sometimes even just two dogs. The whole thing could be ameliorated with some judicious crossing to other breeds. But all but the most enlightened breeders view mating one breed to a different one as an anathema. Breed purity is still everything to most.

This paper looks at the rate of inbreeding in 200 or so Kennel Club breeds in the UK to establish what's called their "effective population size" - a measure of genetic viability used by conservationists managing small populations. The higher the EPS (or "Ne" as population geneticists call it), the better.

Conservationists consider an EPS of below 100 to be an indication that a population is endangered. Anything under 50 is considered genetically unsustainable - at "imminent risk of extinction" according to Franklin (1980).  In fact,  some modern conservationists argue that an effective population size of 100 should be considered an extinction risk and anything below 500 is a concern e.g. here)

Now this rule of thumb applies primarily to wild species, and may not be totally applicable to dogs. But 55 per cent of KC breeds in this new study have an effective population size of less than 100 - and 24%, almost a quarter, are under 50.

Over at the Institute of Canine Biology, Carol Beuchat has helpfully produced a graph showing how the breeds with more than 50 registrations a year shape up according to this paper. If you take the conservative estimate that a minimum effective population size of 500 is needed to ensure sustainability, only two breeds make the grade. (Read Carol's take on this paper here.)


The true picture could be even worse. This is because the data include imported dogs for which only limited pedigree data is available.  This will make the picture look rosier than it really as apparently unrelated imported dogs will often be quite closely related if you go a little further back in the pedigree.

Of course, this data looks only at UK breeds and the global situation could be better. Certainly, while the English Setter is on its last legs in the UK, there are zillions of them globally which may offer a way out of the genetic cul-de-sac. But this is not true for every breed.

Now the degree of threat to individual breeds will depend largely on the disease burden in those breeds - and that varies considerably. Some breeds with very small populations appear to be relatively healthy; while some much large breeds are not.  I hope today that the Kennel Club is going to announce some kind of coherent conservation plan for all breeds to help manage the genetics.

This paper is a great opportunity to highlight that so much more needs to be done and the attempt at positive spin by the Kennel Club is a great disservice to dogs.

There is no panic at all about this in this paper. And yet a supporting infographic produced by the Kennel Club actually makes it pretty clear.
Don't get me wrong - the KC should be congratulated for commissioning this study. The accompanying infographics are good (the work, I suspect, of Dan O'Neill from VetCompass as they're very similar to the ones he produces for that). And I am pleased to see a new (I think) page on the KC website that for the first time explores outcrossing as something for breeders to consider as well as highlighting the problem of popular sires - have a look here.

I am just completely thrown by the paper's conclusion - and so should you be.

So, tell me, on what basis can this paper justify its take-home message that the rate of inbreeding in today's Kennel Club registered dogs is sustainable? 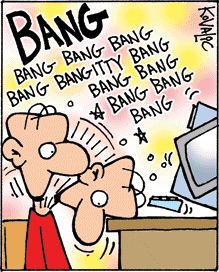 NB: this is just a preliminary report on this important paper. I will continue to add/tweak.
Posted by Jemima Harrison at 01:36