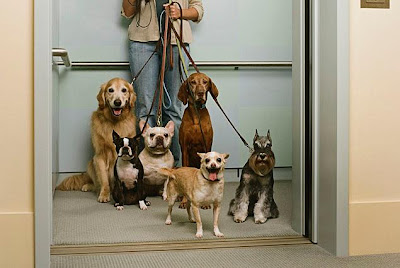 Last year, with little fuss, a bunch of smart dog and conservation people started the Institute of Canine Biology (ICB) - an essentially-online presence designed to act as a conduit between science and dog-breeders.


"The Institute of Canine Biology is an independent, international consortium of outstanding scientists that are working with the global network of dog breeders to manage and reduce the incidence of genetic disorders in dogs."

It's doing that by disseminating research in an engaging way and by offering online courses to dog breeders - both general courses in population genetics, and courses designed for specific breeds.

One for Poodle breeders this month, for instance, includes the latest research into the breed's DLA diversity, a wonderful initiative funded by the Poodle Club of Canada in collaboration with Dr Lorna Kennedy at the University of Manchester.

(DLA analysis looks specifically at genes that code for immune function, of interest to any breed that suffers from immune-mediated conditions as it may provide a way to breed dogs with more robust immune systems.)

The ICB is also hosting The Global Pedigree Project which has the ambitious aim of creating a centralised, free database of the pedigree history of every purebred dog - an international effort that "will bring together pedigree information that is presently scattered among kennel clubs around the world and consolidate it so that the entire history of a breed will be traceable from founders to present day dogs."

The ICB is the brainchild of Carol Beuchat, a biologist and photographer with a lifelong passion for dogs, and she has brought to the party an impressive list of international names.  These include Bob Lacy, a conservation guru who has revolutionised wild animal conservation with two key pieces of software - one that models genetic viability (Vortex); and the other a kind of match.com for managed species (PMx).

I spoke to Bob when we were researching the first Pedigree Dogs Exposed to ask if he might be interested in modelling dog populations. He was, but there was nothing that could be done in time for the film. Bob and Carol have already worked together on a paper looking at the genetic management of Basenjiis (link).

Other interesting names at the ICB include:

The ICB has been up and running since spring 2012 and Carol has just written what she calls an "elevator pitch" on what dog breeders need to know (and what the ICB's population genetics courses cover).

Now it has to be said that it would have to be a very high building with a bloody slow elevator to qualify. But, in a nutshell, this is what it's all about:


1) All the useful genetic variation your breed will ever have was in the dogs that founded the breed. This genetic diversity is finite. 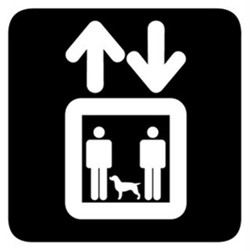 I am full of admiration for Carol for having the energy and commitment to set up the ICB. It's a fantastic, practical resource for dog breeders and others interested in canine genetics - one of several recent initiatives, as it happens, designed to encourage dog breeders to embrace the bigger picture of breed conservation.

The ICB has just launched on Facebook, too - find and like it here.
Posted by Jemima Harrison at 13:51