It is a very sad day for dogs today in the UK.

Breeder and judge Geoff Corish announced on his Facebook page this morning that the Kennel Club has agreed to accept the Jack Russell Terrier as a Kennel Club breed.

This is the man who campaigned THIS dog to top French Bulldog of 2013. 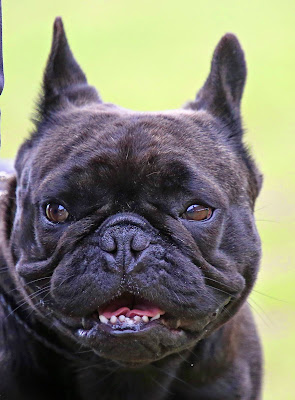 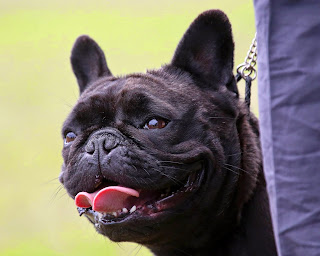 For Corish, it is a day of celebration. One comment on his Facebook page referred to to the announcement as "historical".

Sure - as in the sinking of the Titanic.

And such bitter irony. The Reverend John ("Jack") Russell himself was fiercely opposed to conformation dog shows - and the Jack Russell Club of Great Britain has campaigned against KC registration of the breed. It's constitution even states:

One wonders if they were even consulted.

I have been struck by an uncommon melancholy all day - which I would normally articulate, but actually, I couldn't do it better than "Terrierman"Patrick Burns - on blistering form on his blog today.


Here is a simple truth: you cannot protect and preserve working dogs without working them.
You cannot breed quality retrievers or pointers when your own dogs have never heard a shotgun.
You cannot gauge the sheep-sense and holding power of a good Border Collie by tossing a Frisbee.
You cannot judge the true grit of a Jack Russell Terrier with a rubber ball.
A one-hour cart pull around a farm does not a sled dog make.
People who think otherwise are kidding themselves. They are the reason every working dog breed dragged into the Kennel Club has been ruined there.
These people sincerely believe that if they breed a dog that looks the part, it can do the part. But this misguided belief underscores their ignorance. What makes working breeds special is not what is on their outside, but what is on their inside.
"But why do we need that today," says the matronly show dog breeder. "No one works dogs today."
Really? Well, maybe not in their suburban world of shake shops and one-minute rice. It is true that in their world, there are no hunters, cowboys, Eskimos, or gamekeepers. In their world there are no rats, fox, bear, sheep, cattle, duck, geese, or pheasant.
But these creatures exist outside the suburbs, and these people exist there as well.
In America, Australia, and parts of mainland Europe, dogs are still used to bust, hold and drive wild cattle and hogs.
Retrievers and Pointers are used as bird dogs the world over.
Terriers are still used for pest control, not only in the U.K., but also in America, Canada, South Africa and mainland Europe.
Dogs are still used for transportation in the Arctic, and rabbits are still brought to hand by running dogs the world over.
Is this work being done with Kennel Club dogs?
No. Not usually. And no wonder; form is not function.
No matter how attractive a man in a dress might be, no one who has a clue is going to take that "girl" to the prom.
And yet Kennel Club breeders will tell you, straight faced, that they are sincere in wanting to protect their breed.
And who are they trying to protect it from? Why unscrupulous people who are not show-ring breeders, of course!
And what do they intend to protect the dog with? A scrap of paper!
It is all laughable nonsense. And it becomes nonsense on stilts when people begin to talk about "the standard" as if it were a sacred text delivered to Moses on the Mount.

Check out the rest of it here.

Posted by Jemima Harrison at 21:47