The Peke is known as "the little lion dog".

But as Scottie Westfall remarked on his Retrieverman blog: "...what was once a pretty hardy little dog is now a little lion trying to be a marmoset." 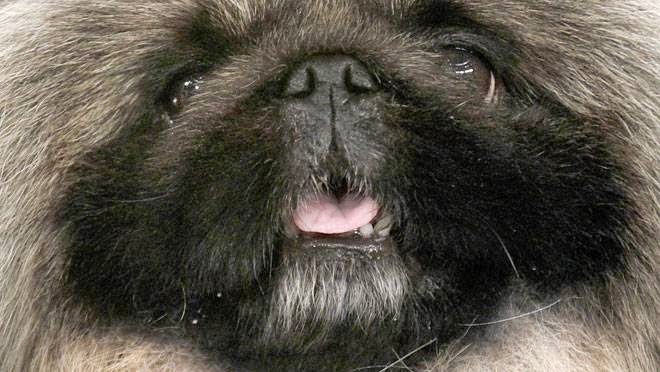 But you can find some much more normal-looking Pekes outside of the showring and the other day I stumbled on this pic, below. I thought this dog was such a breath of fresh air that I contacted the photographer, Karen Givens, who has kindly given me permission to use the pic.

The dog's name is Prince and he lives in Arkansas... a purebred Peke, although only his sire is registered.

If we promise to listen and not jump down your throats, could anyone in the Peke fancy tell me why they think that Malachy with his very flat face, large nose roll and stenotic nostrils is a better dog than Prince?
Posted by Jemima Harrison at 17:58